By Steven Norris: grumpy curmudgeon
Read nextGearburn goes hands on with the HTC One This line should be trademarked: “If it’s an iDevice rumour, it’s probably true.”

The iPhone 5S, Apple’s next big thing is scheduled for a June 2013 launch, says Piper Jaffray analyst Gene Munster. Munster, care of a CNET interview, has plenty to say. He predicts that not only will the iPhone 5S roll out in June, but it will sell an estimated four million devices in a single month. Munster equates the predicated sales to the phenomenal output of the iPhone 5 last year.

It’s even easier to believe rumoured hardware for the iPhone 5S. The new iDevice will be better in every sense, with a possible A7, a better display and more memory. There’s another rumour that says the iPhone 5S will have an updated OS, which we have very little reason to doubt. Apple may simply push out another version of iOS in time for the June launch. And then there’s NFC. Apple lovers have been wishing for this technology since Android locked it into it’s mighty OS. NFC means mobile payments therefore the iPhone 5S could become the most popular method of payment. A credit card with a screen if you will.

According to the article, a fingerprint reader is out of the question until the iPhone 6 launch. It’s common sense. “S” versions of Apple’s iDevices are minor upgrades in speed and memory capacity. If Apple was to ever release a new hardware feature, it would be on a new flagship iPhone.

Münster throws in a decent quote at the end. “We believe that ultimately, if Apple is viewed as a company that can innovate, the multiple will improve.” Here’s the rub: Apple isn’t known for innovation. It’s known for evolving its product line until each iDevice is so perfect, it’s hard to see the flaws. What it won’t do is launch something brand new, not right now. But as usual, it’s all speculation until the eventual launch this June. 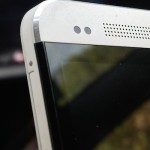