By Steven Norris: grumpy curmudgeon
Read next7 of the best gadgets of SXSW 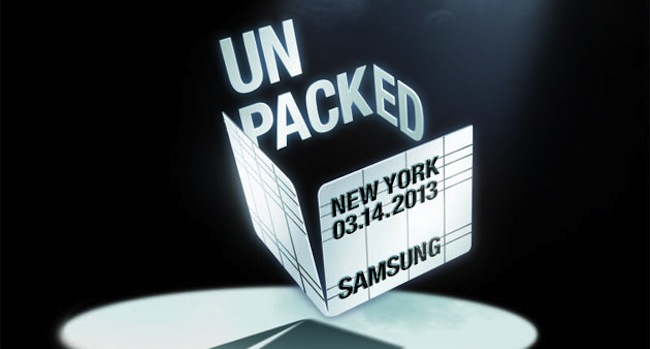 Here it is, the Samsung Unpacked event for the Galaxy S IV. A short year ago, one of the world’s most popular phones, the S III, was released to critical acclaim and sterling sales. Tomorrow it’s the S IV’s turn, a phone with a reported 4.99-inch Super AMOLED screen, a 13GB camera, 2GB RAM and Android 4.2.2 JellyBean. Bloomberg reports that it will be a true 5-inch display with new eye tracking technology.

The event happens in New York, and we’ll be writing about it in our live blog below from 19:00 EST / 23:00 GMT on March 14 / 01:00 CAT on March 15. Whatever happens, Samsung is practically guaranteed to have another smash on its hands.

Update: Here’s a (possible) leaked video of the S IV. Nothing is sacred these days.