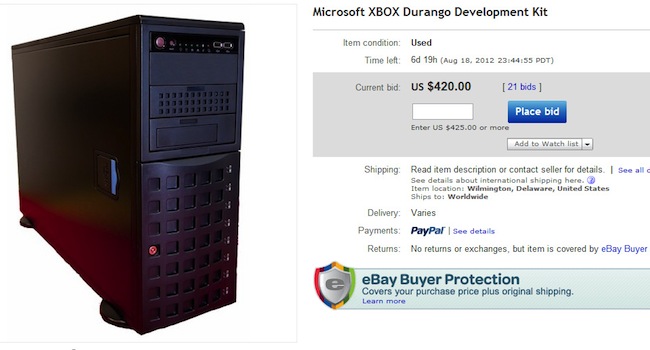 Update: Edge.com confirms via its sources that the leaked documents were real. Their source reveals that the documents are entirely legitimate. We just felt it in our hearts.

VGleaks reports that it found hidden information inside the Durango (codename for the next Xbox) software development kit (SDK). After installing the necessary files, the Durango XDK — the help file — can be viewed and oh, what secrets it holds. Most importantly, the next Xbox will have a Blu-ray drive which installs games, but won’t require the disc afterwards. No sir, the always-on internet connection will provide authentication.

Take note, this is important

Here’s the most telling information of all, as taken directly from the Durango documentation: “all games will be played on the hard drive. Play from the optical drive (Blu-ray) will not be supported.” It carries on into PS4 territory.

“Disc media will be used for distribution, but during gameplay, games will not use content from the optical disc. An installation system is being designed that will allow gamers to begin playing while the game is installed on the hard drive rather than waiting until installation is complete.” Not only similar to the PS4’s new installation method, but the exact same. The console war is going to be closer than ever before, as users will have to nail down a machine based on emotion, not choice. More from the document: “[the next xbox] uses a familiar x64 architecture and tools, and compared with Xbox 360 development, will reduce development time and time spent on performance optimisation”. In other words, the games will be easy to develop for. Excellent, one less hurdle for game makers as they concentrate on creating premium games, and not just next-gen showcase titles.

“Durango will implement different power states so that it can always be powered on. The console will be ready instantly. ‘Always On, Always Connected’ with no waiting or restarts.” This was a given, and it’s the same route the PS4 is taking. Downloads will happen in the background, even when the machine is in an “off”, or low-power state. It’s this gaming immediacy that the next Xbox, PS4 and whatever else will have to stick to.

“Every Durango will be sold with a high-fidelity Kinect sensor, which will be required for the system to operate.” This excludes the current Kinect then, but hopefully a device with a higher image sensor will replace the 2010 model. With some luck, it’ll be smaller or perhaps even integrated into the console itself. The document details “Active infrared illumination” which will provide better light capture even in a dark area. There will also be a wider field of view for the image sensor, this in turn removes the need for the tilt sensor in the current Kinect.

It gets even better for new Kinect. Updated API’s point to Natural User Interface (NUI) which in turn will help with the awesome sounding “skeleton tracking”. We don’t mind if the new Xbox peers into our bones.

This is the actual leaked SDK from Microsoft, so what we’ve discussed now might as well be 99% correct. We won’t link to the file, as technically, only approved Durango developers should have access to this. But these specs are very in line with what the PS4 is about. It’s a little spooky actually, how closely the machines will mirror each other in features. When the eventual reveal of the console takes place – hopefully at this years E3 – we can practically be assured that most of these stats will hold up. 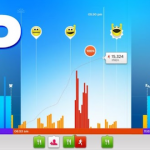