Has you ever sat on your mobile phone while it’s ringing and thought, “I’m turned on. I want more of this”? Here’s your solution: Fundawear. It’s magical Wi-Fi underwear sponsored by Durex, made in Australia and lovingly designed to “transfer touch across vast distances.” Watch this video and ignore the shameful faces made by the Fundawear models.

Durex is calling this “the future of foreplay” and if you head on over to its Facebook page, you can see more of the “Durexperiment” in action. There’s even a little competition that let’s users possibly win one of these questionable garments.

Fundawear was created with the Arduino Mega, a Raspberry Pi-like motherboard that can build a working computer with nothing more than a power source, a memory card and a display cable. With tiny wires connecting to the outside of the undergarments, users receive haptic feedback (the gentle vibration when you type into a full-touch phone) based on where they are being touched. Users control feedback with the Fundawear app, which according to the video seems to be iOS exclusive for now.

The smart-underwear is seen being demoed over Skype, with the users seeming to have a fine time as they mash their iPhone screens. Here’s a few questions to take away from this: how long is the battery life, how much will Fundawear cost and will it launch with the iPhone 6? Only time and horniness will tell. For now, Fundawear is an interesting experiment in modern foreplay. 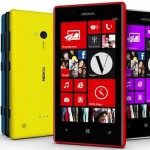