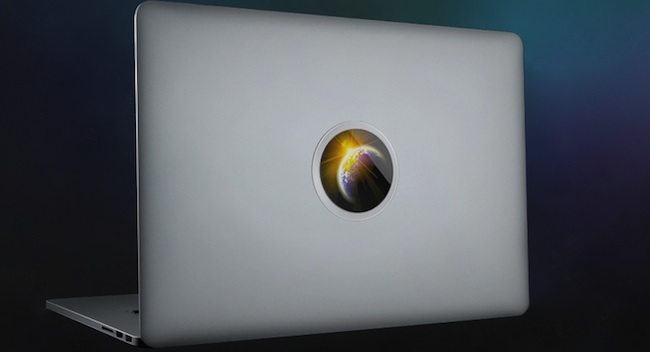 Acrylic lens, aluminium ring, image layer, magnets, landing pads and adhesive. Sounds like the makings of the new iThing or a camera-something. It’s not. It’s the materials used to build the Kickstarter-funded, Iconic Disk that launched last week.

By having designed a disk that effortlessly slides over your Mac’s backlight Apple logo, they have come up with a simple way you can customise your precious machine with illuminating graphics and designs. These guys, Tony Kern and Jeremiah Johnson, seem to have gone out of their way and used quality materials for a clean aesthetic. These disks are designed in such a way as to illuminate the image by using the glow of the Apple logo at the back of your screen.

So, basically you are incorporating a little bit of personality and uniqueness to a very clean design. “Be different. Give your Mac an ID in a sea of glowing Apple logos” reads their logo. The question is how many people want to be different after buying a Mac. The Apple design doesn’t need to be tarnished, but it can be enhanced to your liking. Pledging US$25 will get you a DIY disk without an image and US$35 will give you an image. The various other levels of pledging can be found on the Kickstarter page.

As shown in the video above, you give your Mac a personal touch without disrupting the clean and elegant design Apple’s products are so well-known for. It’s very subtle. It’s not a case or something that overpowers the whole aesthetic. We often see people plastering their Macs with stickers. Then re-plastering over old stickers which makes you machine stand out from the rest but leaves you with sticky residue, a hipster-image and in effect debunks the idea of Apple products.

You pay loads of money for Apple aesthetics. With the Iconic Disk you simply slide in a transparent film or photo paper of your choosing, in turn strengthening your sense of self while maintaining loyalty as a dedicated Mac user. Is there a trade-off between adjusting the product’s design by making it unique or keeping an elegant and much paid for design clean and simple? If there is, Iconic Disk nicely straddles that line. 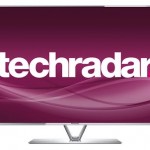