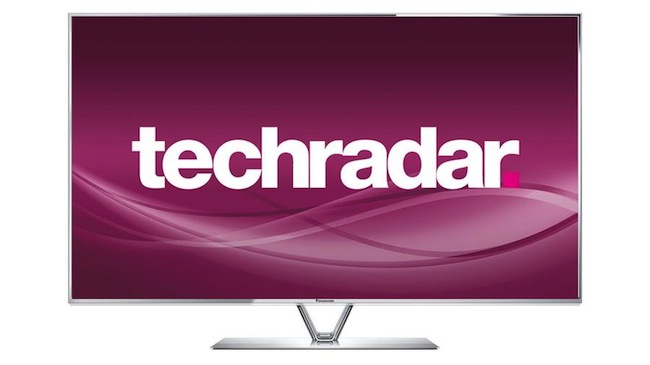 Where once its smart TV platform was completely separate from the rest of the TV, Panasonic has at last put apps and widgets into its Viera TVs. It’s something the other leading brands have been doing, too, though the appearance of the smart My Home Screen on the Panasonic TX-L42DT65B isn’t the only big change for Panasonic in 2013.

First on this 42-inch Edge LED-backlit LCD TV, there’s the panel itself, a polarised 3D model that’s now standard across the brand’s lineup despite that fact that it was Panasonic that came up with the opposing active shutter 3D system.

That means that 3D on the Panasonic TX-L42DT65B comes by way of cheap 3D glasses – four of them, to be exact – rather than heavy battery-operated pairs that were often an optional add-on. Either way, it’s slightly odd that while Panasonic has dumped active shutter 3D on its LED TVs (though not on its plasmas), Samsung insists on using only active shutter 3D and has instead concentrated on slimming down the glasses. 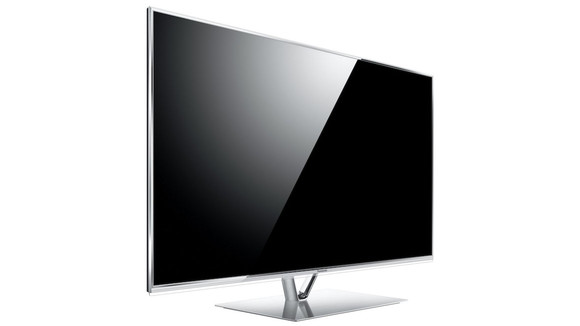 Not that the Panasonic TX-L42DT65B is any stranger to slimming down; it sports a svelte 35mm-deep chassis that includes a ‘super narrow bezel’ measuring just 10mm/0.39 inches, with another 4mm/0.16 inches or so of black screen between it and the edge of the image.

Inside there’s a dual-core processor known as Hexa by Panasonic because of the eight image adjustments it powers. It helps power a smart TV platform that’s far more joined-up, polished and ambitious than in previous years.

There are actually four tuners inside the TV – two for Freeview HD and two for Freesat HD – which is hard to complain about, even though nobody will ever use both. As well as app trickery, those multi-tuners also enable two shows to be recorded simultaneously to an external USB flash drive or hard disk.

The Viera Connect platform itself can now host HTML5 apps – such as the sparkling new YouTube app – while a new voice interaction system is also attempted. Those not quite ready to ditch handhelds can try out a new touchpad controller that comes complete with a touch-sensitive scroller, though an old-fashioned remote is also in the box.

If you’re after a relatively high-end 42-inch Panasonic TV, then the Panasonic TX-L42DT65B is the sweet spot, though if you want to go bigger it would be churlish not to consider one of Panasonic’s plasmas.

It’s worth noting that UK models use ’65’ instead of the European ’60’ models to denote their use of Freeview HD-branded tuners, but are otherwise identical. That applies to all the Panasonic TVs mentioned in this section.

That probably won’t worry most of us, nor should it, but know that the My Home Screen smart TV hub won’t be all yours unless it sees that you’re the one who set it up (the ZT60’s camera solves this conundrum by enabling five unique setups that are instantly switched between according to whose face the camera sees first). 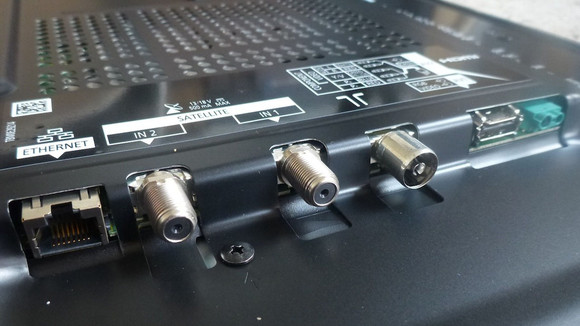 Also slightly irritating is that the three USB slots provided (which should be plenty, given that the 3D glasses don’t need powering up) are rather high up on the TV’s side, precluding the use of any HDD that doesn’t have a long cable. A bonus is an SD card slot, which is something you won’t find on any other brand of TV.

My Home Screen is a clever way to get beyond the simple TV + apps recipe by seeking to create a useful home page where you can put links to apps, widgets (such as to-do lists, a calendar or clock) and web pages. 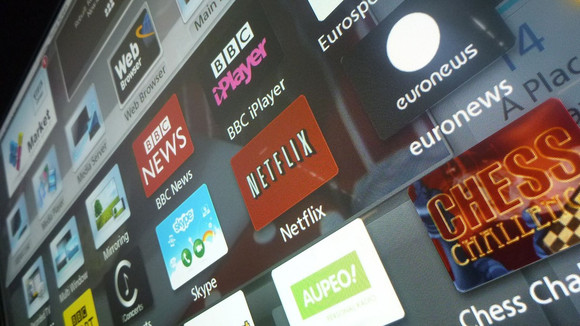 However, its main success is that it goes beyond the rather staid and grid-like EPG TV guides that we’ve become used to, instead placing all TV channels in a list beside a live TV feed. Better still, whichever channel you hover over begins to play without sound, which is evidence of the Panasonic TX-L42DT65B’s twin Freeview HD (and Freesat HD) tuners at work.

As well as enabling recording flexibility, those twin tuners are also used to power a new smartphone/tablet app that goes way beyond simple virtual commands. Photos, videos and music can be swiped and shared between both a mobile device, the TV and even anything plugged into the TV.

Voice activation is here, too, powered by a secondary touchpad remote control that has a microphone built-in.

This article (which can be continued here) by Jamie Carter originally appeared on Techradar, a Burn Media publishing partner. 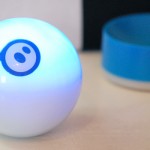