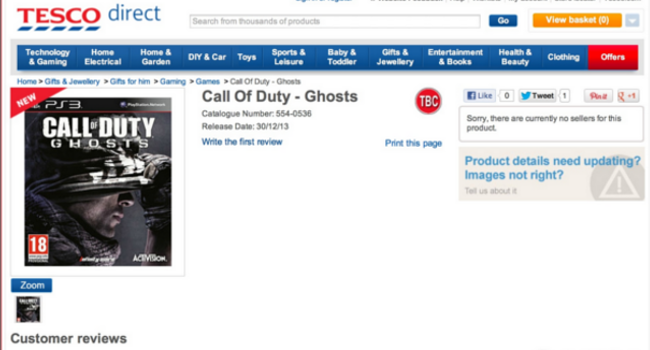 Call of Duty: Ghosts is suspected to be Activision’s next big title in an already popular franchise. Yesterday the massive British retailer Tesco had “Call of Duty: Ghosts” on its product listing. This came after rumours in March were drifting around the internet when YouTube subscriber, Drift0r, claimed an “inside source” leaked COD info. Could it be a PS4?

The first-person warfare shooter series, Call of Duty has been extremely successful. Modern Warfare 3 has topped the record for making over US$400-million in the first 24 hours of its launch. Meanwhile Black Ops 2 boasted sales of over 11-million copies in its first week.

According to rumors and speculations reported by IGN, this new installment would most likely be branching off from the Modern Warfare series. The twist would most probably be the fact that it’s a more stealth oriented first-person shooter. If you were to believe Drift0r’s anonymous source, Ghosts will have new features added to player movements and agility. Instead of entering the game through countdown menus, you will “enter the game through rappelling from a helicopter or breaking a glass window to sneak into a map.” You will also have more exciting in-game movements like being able to “dash into sliding while shooting, sneak peek around corners and roll side-to-side while in prone.” So if jumping through glass and rolling around the map to either surprise or evade your enemies don’t sound awesome enough, then you should probably stick with playing Angry Birds and stay away from FPS titles.

The Tesco leak source showed the box art which indicates the game being available on Xbox and PS3. Though Drift0r’s source indicates that it would be PC-compatible, released together with next-gen consoles like the PS4 or the new Xbox. Also what makes the Tesco leak seem more unreliable is the fact that the page had a 30 December release date. Usually major titles are released in November in order to catch the Christmas shopping season. Drift0r’s source claims that the title will be released somewhere before the beginning of May, which would be around the same time Black Ops 2 was released last year. This sounds more likely as certain sources speculate that the PS4 would also be launched around that time rather than at the E3 in June. 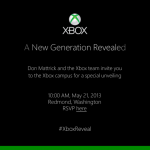