OS X 10.9, lovingly known as “Cabernet” will most likely see a mid-year release as it prepares to make its debut at this year’s WWDC, says 9to5mac.com. Take note though, this won’t be a major upgrade, just a series of improvements and tweaks to the existing OS. OS X 10.8 was a major leap forward for the sparkly OS, version 10.9 will take a sideways step though as it shuffles enhancements such as tabbed Finder, a new Safari, the ability to run a second app in full screen on a second monitor plus “improved page loading, speed, and efficiency”.

Tabbed Finder will be dreamy, as a Mac user knows how frustrating it is to have to search through multiple Finder windows to get the task done. Tabbed browsing, partially invented (or at the very least, made popular) by Firefox is the best method of managing multiple windows. It makes perfect sense to incorporate this into a file explorer.

OS X 10.9 is going to, yet again, borrow heavily from iOS. This time around, we’re going to have to settle with the iOS-style multitasking. To access this on an iDevice, you’d double-click the Home button and an app drawer would slide up. How it will be incorporated into OS X is anyone’s guess, but it will at the very least be slicker than a greased eel. Keeping the iOS slickness factor in check is in-app pausing: instead of an app always being ready, it freezes in the background and springs to life when reactivated. This is an iOS function that might make its way to OS X 10.9.

One of the strongest rumors, and one that would do justice to the functionality of OS X would be the inclusion of Siri. There’s talk that it will be on OS X 10.9, but no firm details yet exist to back this rumour up. The Verge dropped a hint, but 9to5Mac squashed it, calling the rumour “unclear”.

Mission control gets the final (known) tweak for now. For those who have multiple monitor-running Mac’s, they’ll know be able to run a second app on the external display. It may not sound like a massive accomplishment, but this is an impossible task on OS X 10.8, which simply extends the desktop of the Mac. Running a second app would usually end the first app. Not so with OS X 10.9. 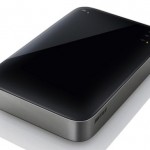