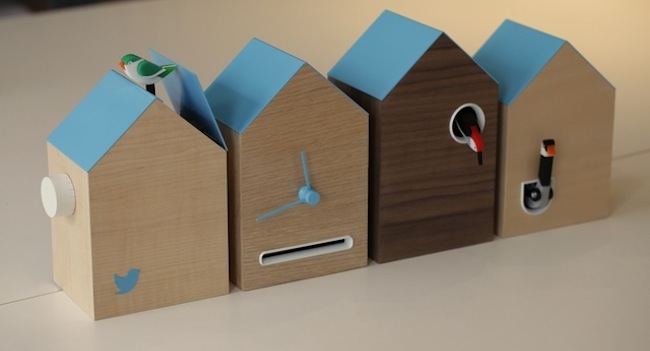 Twitter seems to be catching some limelight this week. Following the launch of its range of #Music apps yesterday, and to put the cherry on the cake, enter the Twitter cuckoo clock #Flock. This neat little contraption is a clock like no other, entirely Twitter driven, the clock chirps at replies, retweets or new followers gained.

An initiative by the social network’s UK division, the clock was built in partnership with BERG, which is a London design consultancy that specialises in odd, quirky and novelty like objects. #Flock is the first product to make use of BERG’s new Cloud Dev Kit, which helps designers prototype devices and connect them to the Internet. This same company, BERG was behind last year’s Little Printer, which prints out updates from your social network each day on a small piece of paper.

The idea of #Flock is not to make it accessible to the general public but will be rewarded or given to those companies or people who push the boundaries of social discovery and innovation. As The Verge comments, “they will be given out to a handful of ‘trusted Twitter partners,’ according to a release.”

One fortunate advertiser will walk away from an event at the Tate Modern in London today with this unique new Twitter accessory.

Times like this you wish you were a serial innovator or advertiser right? 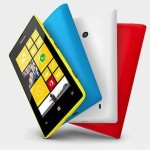