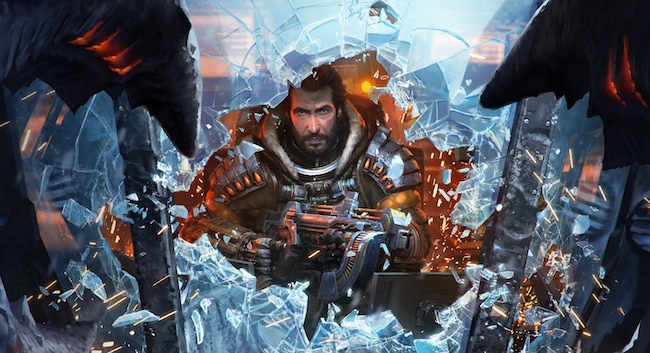 By the time you reach the third game in a franchise, you think you’ve seen it all, and to a certain extent you wouldn’t be wrong with Lost Planet 3.

The story doesn’t take place consecutively however, so in this case you’ll actually be playing a prequel. Lost Planet 3 is set long before the events in the first game, and E.D.N III is still in an ice age as opposed to the tropical environment you’re used to from Lost Planet 2.

You play as Jim Peyton, a colonist separated from his wife and child as he explores the icy planet of E.D.N III. Jim is very much there to earn a living, he’s not interested in building up the colony and the planet, he wants to earn money and go home to his family. Of course that’s all rather idealistic in the long-term, and Jim ends up trying to uncover the mysteries that shroud this planet. In the preview version I played, you’re introduced not only to Jim, but to his mechanical rig, a colossal piece of machinery that, while slow and cumbersome, is absolutely essential if you want to survive in the ice and snow and especially against the Akrids attacking you at every turn.

The scale of this game is what really impresses. Yes, the characters are colourful, flawed and interesting to learn about, but at its heart, Lost Planet 3, even at this stage, is about combat. You’ll explore different areas, but with the exception of some ammo and perhaps one or two special items (I’m guessing, there were no special items in the demo), the levels are rather linear and you progress from objective to objective in a rather straightforward manner.

Gameplay wise you switch between a combination of first and third person (mech and character respectively), which serves to nicely separate the different combat styles. You have a variety of weapons, both guns and melee, on hand to help you dispose of the attacking Akrid. You’ll also need to collect thermal energy as you progress, which is dropped by the Akrids, or by planting thermal posts throughout the game. The Akrid are, in a word, brutal. They attack remorselessly, barely giving you a moment to breathe, and you’ll need to employ both different weapons and tactics for every different kind of beastie.

Visually this game still looks rather impressive, but it is a different look and feel to the previous games. This is easily accounted for in the change in developer — Lost Planet 1 and 2 were developed in-house by Capcom, whereas 3 was handed over to a Western developer, Spark Unlimited.

Although the game still plays well, the level I played was about medium difficulty, not particularly challenging but you needed to employ the right tactics, it currently feels like a million other third person shooters on the market and the story is fair but I could easily skip cutscenes and not feel like I had missed out in any way. Fans of the series might enjoy it if they’re not bothered by the change in style, but we’ll have to wait and see if it makes a lasting impact or it merely disappears into oblivion. 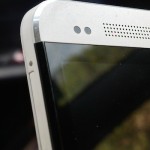