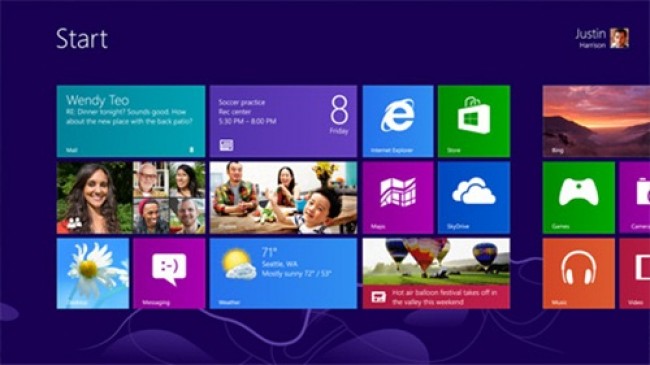 If you love the size of the iPad mini or the Galaxy Note 8, but hate iOS and Android (what? It’s entirely possible), then this should pique your interest: Acer looks set to launch the world’s first 8-inch Windows 8 tablet.

Images of the tablet briefly appeared on Amazon on Friday showing an 8.1-inch device with 32GB of memory, a 1280 X 800 screen and retailing for US$379.99. The reason there’s been a dearth of smaller tablets so far is because the OS was developed before the Google Nexus and Kindle Fire sparked the trend for producing smaller tablets.

That makes the Acer pretty important. It’s the first of a breed and, if it takes off, it could help reverse Microsoft’s issues in the tablet space.

According to PC World though, Microsoft has had to scramble somewhat to get its OS ready for smaller tablets. This scramble has seen it drop the minimum resolution for its tablets from 1366 X 768 down to 1024 X 768 and reconfigure its snap feature to work on lower resolution screens.

The now yanked item listing suggests that the Acer will run on a dual-core Atom processor, and come with 2GB of RAM.

The big issue though is that price tag. It undercuts the Galaxy Note 8.0, a proven player, by just US$20 and significantly more expensive than Google’s Nexus 7 and the Kindle Fire 8.

The reason the latter two have dominated the small tablet space is because of their pricing. The reasons they’ve been able to get away with those lower prices are multitudinous, but in part it’s because Google doesn’t force manufacturers to pay a licensing fee the way Microsoft does.

In that light, it’s pretty remarkable that Acer’s managed to undercut the Note. What’s worrying though is that it’s a good US$50 more pricey than the iPad Mini. That means it has to be good enough to lure people away from an Apple tablet. And that, as almost all of its competitors can attest, is no mean feat.