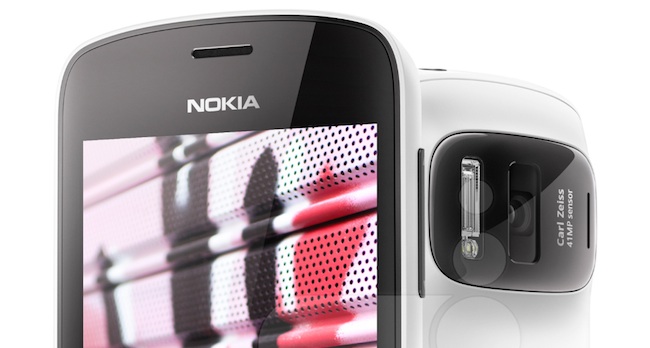 1.   Use Of Larger Camera Sensors Starting with the Nokia N8 (1/1.83 Inch Camera Sensor Size) and the Nokia PureView 808 (1/1.2 Inch Camera Sensor Size), mobile phones saw the incoming trend of increasing the actual sensor size rather than just increasing the pixel count. This resulted in a lot of improvement in the image and video quality. The HTC One and the Nokia PureView 808 use the larger sensor in a bit of a different way. The Nokia PureView 808 uses the image sensor to produce 41MP stills and then resizes it to produce 8MP images which increases the per pixel quality because 4 pixels were merged to create one pixel (called as pixel-binning in simple terms). The HTC (1/3 Inch Camera Sensor Size) One on the other hand, uses the image sensor to produce images with lesser 4MP resolution when compared to 8MP resolution of others. This increases the per-pixel quality and decreases the grains in image. But it loses out to others in terms of resolution and the ability to get good, 100% crops.

The first ever introduction of an OIS (Optical Image Stabilization) in a mobile phone was done with the Sharp Aquos SH-01D but that was only meant for Japanese market. Later on, Nokia introduced its first Windows Phone equipped with ‘PureView’ technology, the Nokia Lumia 920. Although there was some disappointment when Nokia showed a wrong video that was actually shot using a DSLR camera. Despite this the real results came out quite good.

The videos were a lot smoother with real video stabilization in effect rather than fake digital video stabilization that was advertised with earlier smartphones. OIS also resulted in less blurry images under low light situations. Even the newly announced HTC One has the optical image stabilization built into the camera sensor but its effect is a bit weak compared to the Nokia Lumia 920. We can expect a lot more brands and specifically, Apple to introduce the same technology into its to-be announced iPhone 5S this June.

Also, Varioptic has announced a new type of Liquid Lens that is specifically designed for mobile phones and other portable devices. As Varioptic explains on its website, its liquid lens can effectively and simultaneously performs superior Auto-Focus and Optical Image Stabilization, correcting both major sources of blur. This new generation of liquid lens, with a multi-electrodes design, allows tilting the light in all directions of space and, at the same time, refocusing the light. It also allows long exposure time of up to one second. 2013 has brought us smartphones with processors powerful enough to shoot and encode real-time HDR videos. The Sony Xperia Z was the first mobile phone to have the HDR video recording feature although the finished video was not that impressive. It appeared more like a gimmick but was included in 2013’s flagship smartphones such as the Samsung Galaxy S4, LG Optimus G Pro as well as the HTC One.

HDR videos are useful when recording a scene that has both well-lit and dark/shadowy areas or when you move your camera facing low lit area to a brightly lit area. The performance of the HDR videos is supposed to improve next year with more usability and not just being a gimmick. Most of our images are shot in low light conditions (restaurants, home, clubs & bars) rather than in perfect daylight. Mobile phone these days are being equipped with bigger Aperture lenses. With F/2.0 Aperture stops, both the Nokia Lumia 920 and the HTC One perform admirably under low light conditions. Even the front facing cameras these days are having higher aperture stops and wide-angle lenses.

The HTC One and the Lumia 920 are the best mobile phone cameras to be used under low light conditions, be it images or videos. Apple and Samsung haven’t employed this feature in their smartphones yet, and as expected, they fare behind in performance under low light situations. But you can expect every other manufacturer to use this feature in their flagship devices this year.

At the launch of Android 4.0 along with Google’s Galaxy Nexus, a great feature was zero shutter lag. What Google also introduced was simultaneous image and video recording capability. These features greatly enhance the usability of a camera whereby you don’t miss the shot and can always capture the moment you want. This is made sure by using a dedicated image processor apart from the CPU and GPU. This processor greatly enhances the speed of the phone with which it can process captured images and videos and save it to internal storage as soon as possible.

Simultaneous video recording from the front and back camera (as seen in the Galaxy S4 and LG Optimus Pro) is quite useful. Also useful is the full sound profile audio recording while video recording that is seen in the HTC One. The Samsung Galaxy Camera is one camera of its kind having cellular connectivity in a proper Android based touchscreen camera with 21x optical zoom and quad-core processor. All these features are constantly improving camera performance in mobile phones and are pointing to a future where mobile phones can at least replace entry-level digital cameras.