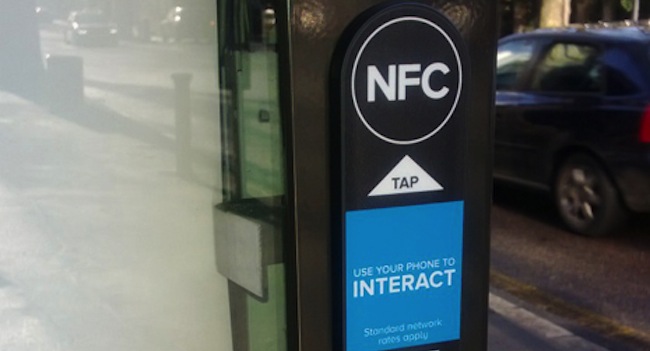 By now we’ve all heard of NFC. What is NFC you say? Near field communication (NFC) is a set of standards for smartphones and other devices that allows the establishment of radio communication between devices simply by touching them together or bringing them into close proximity, usually no more than a few centimeters. It’s an important technology and there’s nine reasons why I am excited about the widespread adoption of NFC.

This is probably the simplest form of NFC on the market right now, simply tap two devices together to share photos, contacts, music and whatever else you want. Much like a streamlined version of transferring via Bluetooth, except you don’t have to go through the arduous task of searching for one another’s devices while pairing, even though you’re right next to one another.

This would the best thing for me; no more rustling through my bag for plane tickets, car rental confirmations and hotel reservations when traveling. Simply store everything on your smartphone and tap the counter as you walk through. I do however think that the smartphone companies need to work on improving device batteries before I start relying on this.

I have hundreds of business cards on my desk, no joke. Everyone I meet gives me theirs and they eventually just end up propping up wobbly furniture at the office, seeing as I already have all their information from their email signature. Regardless though, with NFC, you wouldn’t have to hand them out anymore; share your contact information by letting people tap their devices on the one business card you keep with you, that’s if you have to have one.

Tap for info is the most exciting prospect in terms of NFC for me, as it would help us get rid of the annoyingly overeager, commission hungry salesperson watching your every move as you browse the shelves in your local electronics store after you’ve told him you’re ‘just looking’. Think about it, by placing a tap for info spot on every product in-store, customers could do just that and be provided with everything they needed to know about the product. Not only does the customer benefit from the rich information, but marketers can track the purchasing cycle from where the user has tapped right up until they’ve bought the product.

How cool would this be? I’ve already seen case studies from the Far East where marketers have placed NFC shopping posters in transport hubs like train and bus stations, that allow users to tap products with their devices and have them delivered to their houses the very next day. Great for those quick, low involvement purchases like bread and milk, but I also see loads of potential in industries like fashion, music and movies (tap to rent or buy the latest releases anyone?).

One thing that you’ll always have on you these days is your smartphone, so what better device to use to store all your medical information and history? That way you can just tap your device on the hospital counter instead of trying to find your medical insurance card in your overstuffed wallet, if you even keep it in there. The attendee would then be able to view all your details instantly on their screen and help you with increased efficiency, something that we can never have to much of when it comes to health.

I would love the opportunity to start my car by tapping my phone on the dashboard, or unlock my door at home simply by walking up to it. No more struggling with keys in the dark because your patio lightbulb died six months ago and you just haven’t been able to get around to replacing it. Yes, there are of course concerns about criminals  getting hold of your device and having full access to everything, but I’m sure they’ll think of something to prevent that from happening. Touch screen fingerprint systems or retina scans using the front facing camera would make me happy.

Not that I’m such a big fan of broadcasting my exact whereabouts to everyone on the Internet, but I do think that NFC could have a seriously big impact on the value apps like Foursquare can offer to both customers and store owners alike. Regular orders at coffee shops could be placed instantly as the loyal user taps their device on the pad, loyalty programs could be refined and improved, and location specific ads could be served to the user, such as specials at nearby electronics shops or showtimes for the cinema complex down the corridor.

This could seriously improve the efficiency levels of public transport systems the world over. Load credit onto a device through online banking or at a cash transfer point like an ATM, and use this to ride public transport by just tapping the pad as you enter the bus/train/ferry. Again, as this is all digital, the data collected on these systems could be used to plan ahead or address current faults with the existing systems. An example, being able to count the exact number of passengers on a train during the rush hour times in the morning, and using this data to establish whether or not they should add extra compartments to the train.

In closing, although most of what I’ve briefly outlined above is already available in some places, I believe that NFC is definitely something to look forward to and I believe that we have yet to scratch the surface of what is really capable with such a great technology.