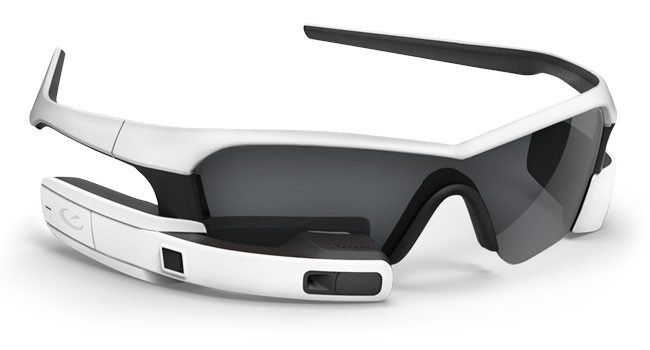 Imagine watching a re-run of Tour de France through the eyes of your favorite cyclist on your TV. Recording a mountain bike ride through the forests should be awesome too. Recon Jet wants you to experience and share moments like these at only US$499. That’s a third cheaper than the popular Google Glass alternative.

Recon Instruments from Vancouver, takes on the Silicon Valley tech giant in a race that brings the Recon Jet into the spotlight. The Jet is, like Google Glass, a disguised computer that aims to blend things like video, voice and social-media into an everyday wearable device.

Above everything else, “it’s meant for pros.” Firemen, pro cyclists, soldiers and doctors — the pillars of society. Okay maybe not the cyclists but you get the picture. It’s for those who are active and maybe extremely so. Among other things, it helps measure your physical performance, link up to your smartphone and lets you take HD videos and photos.

Apart from the price, the Jet doesn’t need a Wi-Fi or cellular connection and is said to function in all weather conditions. With “all the punch of a smartphone packed into 28 grams,” Recon Jet has a dual core CPU, WiFi, GPS, Bluetooth and for the best part an HD video camera. On top of these specs it also has an accelerometer, gyroscope, altimeter, magnetometer, and thermometer.

Among many more great advantages Recon Jet seems to have is the fact that it caters for a specific crowd. The company isn’t trying to introduce something to the self conscious Facebook and Instagram audiences, cyclists and firemen already wear some crazy gear, a simple pair of stylish glasses isn’t going to turn heads. Simply put– it’s practical. Yes, it may look a tad aggressive but so what? Who cares about fashion when you’re fighting fires in the mountains or a battle in Afghanistan.

Where Google Glass seems to wallow in fashion dilemmas and the like, competitors are coming forward. We’ve also heard of Chinese search giant Baidu’s “Eye.” This is to be expected after Google’s spectacular announcement of its wearable tech last year has gained so much track in popularity. However, the massive internet and tech company is taking its sweet and precious time putting Glass through beta exclusives and experiments.

There will more be competition, there always is. 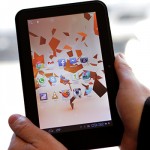