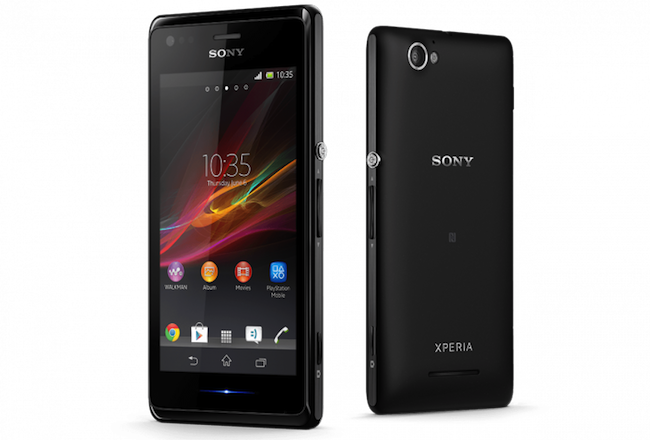 Bear with us, because this is a breaking story (thank you, The Next Web). Sony’s released the Xperia M, a midrange smartphone which joins it’s delicious range of Xperia devices, which currently sits on the top of the smartphone and tablet game, thanks to the Xperia Z and Xperia Tablet Z. Both devices have captured our hearts, so what’s the Xperia M got to offer us?

Power under the hood

According to The Next Web’s report, the Xperia M will be priced well under the Xperia Z, will have a 4-inch FWVGA (that’s 854×480, between you and me), a 5-megapixel camera which will most likely be as underwhelming as it’s big brother on the Xperia Z, 1GB RAM, 4GB internal memory which is upgradable to 32GB via the microSD card slot, Android 4.1, plus it’ll come as a dual or single-sim phone.

Dual-sim phones are the meat and potatoes of the emerging markets, as two sim’s means more network coverage and in countries where a fixed internet line is an impossibility, more wireless internet coverage is always a good thing.

Then there’s Sony’s “STAMINA” battery mode which turns off wireless coverage, lowers the screen brightness and so on in an effort to get the to the very shady-sounding 552 hours of standby. We’ve tested STAMINA mode on the Xperia Tablet Z and it’s an decent feature that allowed us to keep our tablet on standby for close to a week.

Sony’s going to launch the Xperia M Q3 2013 in purple, white and black. The dual-sim model will land an exclusive yellow spray job. Banana, Lumia or sunshine yellow? Sony’s not telling, but we’re eager to find out.