By Steven Norris: grumpy curmudgeon
Read nextIndieCade 2013: games you don’t know about, but should 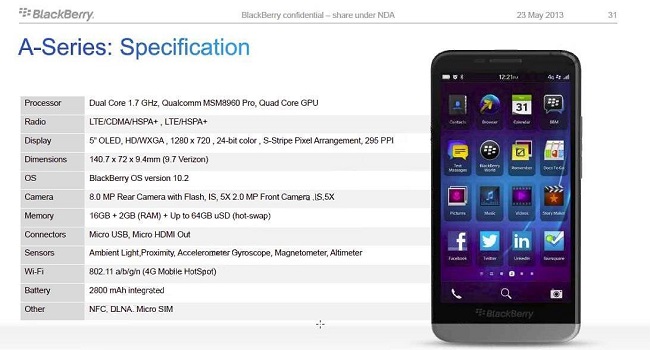 No one expected BlackBerry to sit on its haunches after the release of the Z10, Q10 and Q5. But that’s what the A10 is for, a 5-inch, full touch BlackBerry with something most new BlackBerry’s don’t have: excellent battery life (we hope). Care of a leaked slide from Crackberry, we now know that the A10 comes with an integrated and possibly non-removable 2 800mAh battery. This is the type of phone you should care about. It is sadly though, impossible to tell if these specs are accurate or not, being that this is from a leak and all, but whatever. We know you lot aren’t exactly desperate for new BlackBerrys if the prices have suddenly dropped from US$199(R2 000) to US$49(R500). According to The Wall Street Journal, BlackBerry has been “stung” by low sales, so can a bigger, better touchscreen BB make a lick of difference? Let’s dig into the specs.

The A10 is expected to have a 1.7GHz CPU, which is a step up from the 1.5Ghz CPU in the Z10. In fact, and for the sake of this article and our sanity, the rest of this story will reference the Z10’s specs for comparison. The screen size is nicely upgraded, and it’s not at 5-inches. It will be interesting to see how the extra room on this screen compares to the cramped but acceptable size of the 4.2-inch predecessor.

Everything else seems to be beat-for-beat with the Z10. There’s still 2GB RAM, 16GB internal memory and a microSD card slot for more. Also, we wish that we could show you a video of the A10 as it was originally posted on Crackberry as a “hot 5-inch touchscreen”, but the user has sadly removed it.

When is the A10 launching? According to a CNET video, the new phone will arrive in November on the US-based Sprint network. Mostly everyone else, like IBTimes pretty much confirms a September/November release date. 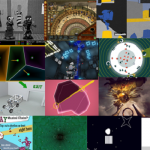