Would you like to know what’s happening with Apple’s heavily-rumoured and extra cheap iPhone and the upcoming iPhone 5S? News has recently emerged, via CNET, that Apple’s budget iPhone will come in several colours. This is all according to a poorly translated Chinese tech site that also drops a hint regarding the price of the cut-price iPhone.

First, there’s this picture which recently emerged “on the side of China” if French site Nowhereelse is to be trusted. It managed to wrangle up this sneaky shot which shows off an iPhone 3GS-like plastic back in three colours: Nokia yellow, Powerpuff Girls pink and Xbox green (not the official names). The site notes that the colourful shells are “clearly not intended to replace the upcoming original hull of the current iPhone 5.” As for the price of the budget phone, we had to rely on Google translate to provide an answer. CNET’s source site says that the price will be very much in line with the iPhone 4/4S, which is roughly US$279 for a network-unlocked device. Although, if you were to purchase it directly from Apple through one of its network providers, you’d end up paying US$0 for the iPhone 4, or US$99 for the iPhone 4S.

The source further reveals that Apple has gone back to Foxconn, the infamous tech sweatshop famous for supplying the world with most of Apple’s products. It’s also rumoured that Foxconn has already begun shipping the budget iPhone to Apple HQ in California for distribution, says Appadvice. It’s worth noting that the prices of unlocked iPhones are rather pricey indeed, so it’s weird that all the rumours have been concentrated around the word “budget” but hopefully Apple will absorb the cost of the most expensive parts and for once, pass the savings onto us.

Today’s final snippet of iPhone info comes care of The LA Times. Its sources report that SK Telecom (based in China) is in talks with Apple to bring LTE-A (Advanced) to the next version of the iPhone 5. LTE-A download speeds are a predicted and fairly insane 150Mbps and the three major US telecoms namely Sprint, AT&T and Verizon are said to be looking in to building LTE-A networks, once it completes a full rollout of the current LTE infrastructure. 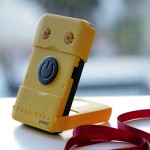