By Steven Norris: grumpy curmudgeon
Read nextMoto X is made in the USA and ‘designed by yourself’ 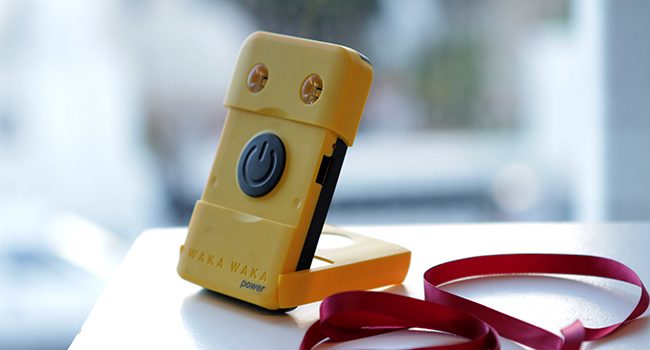 Gadgets are delightful and bring so much more to our lives than simple convenience. Take the weirdly named, US$89 Waka Waka for instance. Here’s a solar-powered lamp and USB/microUSB charger in one that’s as big as a pack of cards and lighter than a bag of crisps. It’s also the single most useful gadget in my collection. I could call Waka Waka the perfect gadget, let down by an overly long solar-charging period. Despite that, here’s three reasons why I love the Waka Waka:

It’s small: it’ll fit into your pocket and because it’s splash and dust-resistant,  the Waka Waka can take a few knocks from whatever life throws at you.

It’s fast: it fully charged my phone in under four hours. Solar charging the Waka Waka unit itself is a niggle though, and took a full day of sunlight to fully charge it. Once it’s going though, it became a charging machine. Waka Waka is designed to lay flat, or prop up with a built-in kickstand of sorts. There’s a hole in the kickstand which is meant for the top of large bottles, and the Waka Waka balances on top as it charges. It’s a great idea that’s well-implemented. This Dutch-designed device is the ultimate, modern mobile phone charger that is practically universal. It’s hard to find a phone today that doesn’t have a USB charging cable. Even the most basic feature phones chargers can plug into a USB port and this is where the Waka Waka comes in. Control is via a big, friendly power button. Click once to power on, or hold to turn on the light. Click once the light is on to select various levels of luminescence (see “it’s a light too”).

With the kickstand folded flush with the body, the Waka Waka is a portable torch that when fully charged is capable of up to 200 hours of warm, white light. When the kickstand is down, the Waka Waka becomes a free-standing USB charger that is conceptually so basic, it’s a wonder no-ones comes up with it before.

It’s not that pricey either, and for US$89, you’re getting what is essentially a tool you’ll use for years to come. While phones may outdate, USB charging will never go out of style, that is unless Nokia has anything to say about this. But Nokia doesn’t, and it makes crappy phones now so its wireless charging pillow means nothing to me. Waka Waka makes two products, both available right now — namely a Solar Lamp with and without USB. I’m willing to bet that the stand-alone solar-powered lamp shares the same rugged build as the USB charger. And that’s another positive, the Waka Waka is extremely rugged. I drop it, kick it, smash it, work it, spin it. I pour my hate into it, and all it returns is love. Great, gooey buckets of solar-powered love.

Verdict: Let’s not poke holes into a near-perfect product. Waka Waka’s filled a gap in the market: we wanted portable, free universal USB charging and the Waka Waka provides it. There are endless USB chargers on the market, but this is the only one with class, and purpose. Sure, there will be prettier chargers, but none as functional as the Waka Waka. Plus, it’s coloured like a banana. 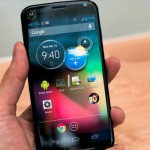