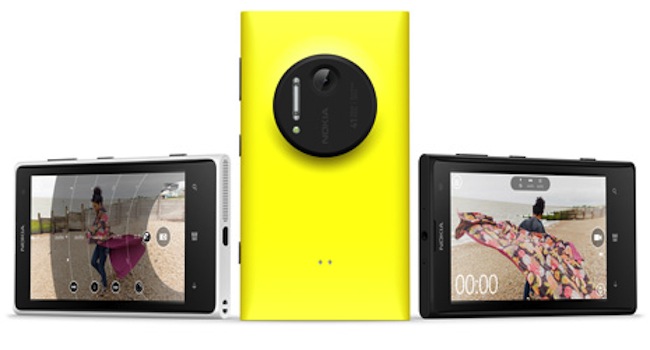 In New York, Nokia’s just launched the Lumia 1020, a massive phone with a 4.5-inch display and a crazy 41-megapixel sensor. It could be Nokia’s most ambitious phone yet, but do you still really care about gimmicky features that you’ll only use every so often? Nokia’s making a play with some serious imaging hardware, but will this be a phone for the everyday user? We posted the specs and hardware earlier, so it’s up to Nokia to wow us with a few surprises at least.

“200 years ago, photography was born,” began the presentation. “We can capture light and memories in a different way.” After a bunch of Nokia adverts about photos that explained what we already know (“photos are important”), the Lumia 1020 appeared. Nokia’s best comment? “We can help people see more than their eyes can see”. No more quotes, we promise. Unless Nokia drops some really quotable one-liners, which we fully expect it to.

Nokia is very proud of the back design of the Lumia 1020. The back is the new front, it says. The camera is raised at the back and sticks out from the almost indestructible shell. The Lumia 1020 will capture crisp pictures day and night thanks to oversampling technology.

Its 41-megapixel, backside illuminated sensors are the most sensitive in the entire world and can capture 31- and 38-megapixel images in a 16:9 and 4:3 ratio respectively.

This oversampling technology process has been squeezed into the video recording as well. Nokia showed off this feature with a bee video. Glorious little furry bees in super-zoomed in clarity. The second-gen auto-stabilization video ensures that captures videos are blur free. We saw this in action during the live Lumia 1020 show, but will need to see it in person to verify how good it really is.

And then there’s the zoom. The sensor and oversampling technology looked damn impressive as Nokia showed off how it could zoom into a shot to such a degree that individual words could be read on a tea bag tag. Nokia even zoomed into a haystack to find a needle. Really.

The camera app has a new twist, called Pro Camera which gives easy access to settings that would usually puzzle us. Nokia played around with the exposure setting to give us an idea of how it works in realtime. There’s even a manual focus setting which for a phone camera, is a fairly new innovation.

Manual exposure settings will create some interesting shots, and it’s nice to see these usually advanced features in a consumer-grade device. Nokia turned off the lights and took a 4-second exposure picture of its team “drawing” the numbers 1020 in the air with the light of their phones to show this off.

There are plenty of apps to go along with the Lumia 1020, and Nokia’s calling it the most versatile phone “out there”. The Lumia 1020 is a Windows Phone so it gets apps like Nokia Maps (which now has more “human interaction”) which has augmented reality with a twist: once the AR mode is active, it can be paused from a real-time view to a scrolling screen as the user scans the area for AR information, and it all works offline. Other apps available on the phone include: FlipBook, Hipstamatic, CNN and Path — yep, Nokia is starting to match its Android and iOS counterparts in popular app selection (no, still no Instagram). Devs can download the software kit right now to create (hopefully) innovative apps for the 1020.

Now this takes an average device and makes it shamefully large: the Nokia 1020 camera grip. It does help to steady shots though, and lets you add a tripod. So now it’s a phone you can mount on a tripod, definitely not awkward at all. It’s worth bearing in mind however that this camera mount also gives you an extra 1020mAh worth of battery power.

Nokia didn’t even discuss the specs, which we briefly will: The Lumia 1020 is a 4G LTE device with a 4.5-inch AMOLED screen, a 1.2-megapixel front-facing camera, a 1.5Ghz CPU, 32GB internal memory that is sadly, not expandable.

The Lumia 1020 is available 26 July in the States and is coming “third quarter” to select UK markets and China for US$299. It will be available in yellow, white and black and the camera grip is sold separately at the shamefully high price of US$79.

Of course, the main reason to get excited about this phone is that it can potentially replace, forever, the point-and-click camera we’re loath to carry around. That promise alone almost makes up for yet another very similar Lumia forced on us by team Nokia. 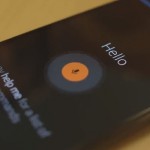