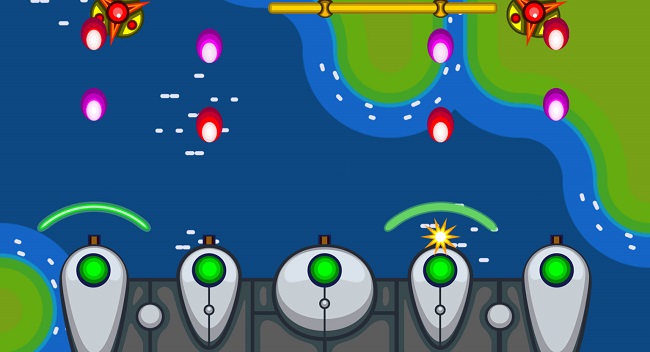 Fleet of One, the South African-developed game for iOS and Android is now available for Apple’s iDevices and will be “released soon” for Google’s mighty mobile OS. Developed by Polymorph, Fleet of One is the hard-as-nails lovechild of Space Invaders and Galaga, two arcade-style shooters with little room for error. The enemies show up in waves on the top half of the screen and your five cannons (each one outfitted with a shield) are tasked with annihilating the colourful alien menace. Colin Payen, creative director at Polymorph along with Herman Lintvelt, director and founder, built and designed Fleet of One to recreate that “old-school gaming experience on new hardware.” Payne expands on this idea.

I looked for this experience on a mobile device and I couldn’t find what I was looking for. I found some great games, but none that captured the joy of blasting through a storm of enemies with a few taps of a joystick. Its just not the same feeling when your ship is following your finger. The stumbling block was how to control the players ship with a touch screen, without a virtual d-pad, without just trying to fake an old school experience on new hardware. How to capture that feeling. The answer I found was to change the game.

Fleet of One is a single player shoot-em-up with the emphasis placed firmly on insane difficulty. The rhythm of the game (shoot, defend, repeat) owes a lot to games such as Guitar Hero, as the five cannons act almost like the five notes on the virtual neck of the guitar. Enemies come in waves, the player taps the corresponding cannon, shields another from plasma fire and the game merrily chugs along. In-between the action there’s three boss fights and two modes of play, Normal and Extreme.

Fleet of One costs a healthy US$2.99 and from what we’ve played, is insanely addictive. Look for our full review, soon.
. 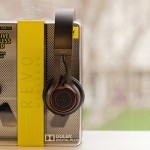