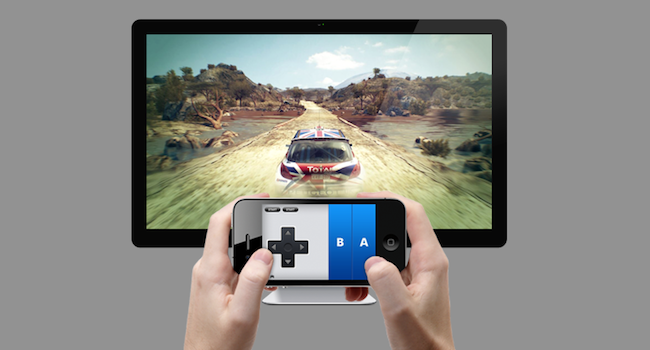 As much as I love the current state of technology and the manner in which it has affected video gaming, part of me still longs for simplicity. I’m not sure if it’s nostalgia or just the fact that I hardly have time to really get involved with console games anymore. All I’m looking for is a quick fix of entertainment that the cartridge-based consoles used to provide. No being connected to the internet, saved games or bandwidth heavy updates to download, just good ol’ plug-n-play entertainment.

I think it was EA Sports which launched the first “console-idation” of iOS devices when it launched an app for iPhone that allowed you to play FIFA ’12 on your iPad, using your iPhone as a controller over Bluetooth. I thought it was fascinating really, and my mind went crazy thinking of all the possibilities for this seemingly simple tech. At that point, nobody else was doing this, so I forgot about the entire thing and went on with my life, slightly frustrated that this technology wasn’t the standard for mobile gaming.

About a week ago, I was looking for ways to use my iPhone as controller for my XBMC ROM collection, which basically involves using your iPhone to interact with your HPTC (something I thought to be very advanced), when I stumbled upon a development company called Joypad. These guys make three apps that allow you to turn your iPad into a game console, turn your iPhone into a game controller for the iPad, and for your Mac. Let’s have a look at all three of them now:

First off, I flipping love the icon for this app. I definitely do believe that you can judge the quality of an app by the effort put into designing a solid icon and there’s no exception in this case. GameConsole, as it is originally titles, is a cleanly designed, extremely user-friendly app that acts as your console and screen for this whole setup. From its main screen you can choose the games you’d like to play, preview other games that have been built with JoyPad compatibility and buy more games from your collection. From what I know, the app is quite new on the scene, so there are not that many games available at the moment, but I’m very sure that this will change quite soon.

JoyPad — The Controller (for iPad)

What makes a controller? For me, it needs to be comfortable, cleverly designed and something that you allows you to keep your eyes on the screen, not on where your fingers need to be. The iPhone as a controller satisfies two out of three for me; the device is insanely comfortable in landscape mode (especially the 5) and the touch screen allows for the button configuration to be game specific (no more buttons that you don’t need for certain games).

Where it falls short as controller is that due to the excitement of playing the cool retro games on offer, your fingers tend to slide away from the buttons and you have to look down every now and then to correct your fingers. Luckily though, each game has a customized controller skin that loads with the game, and these guys have made sure to take up most of the screen with the buttons. I suppose until the iPhone comes out with this technology, we’ll just have to make do.

Coming soon to an iPhone near you?

Legacy — The Controller (for Mac and PC)

This app is what initially led me to the whole suite of apps. As mentioned earlier, I was looking for a way to play my ROM collection through XBMC without having to rely on my keyboard, as that would just defeat the purpose of having a sweet HTPC that could be nicely tucked away in a cabinet. There are ways to connect both Xbox and PS3 controllers via Bluetooth but that means I’d need to dish out even more money. Legacy solves the problem for me, and it does so beautifully.

Like JoyPad, Legacy allows to skin your controller as you wish, only it skins it according to the console that you’re emulating on your Mac, which is great if you’re playing old SNES or N64 games. I tested Legacy out with a number of SNES games being run through and emulator called Mednafen and after a quick button configuration, I was transported back to my childhood as I controlled Mario wirelessly, with no lag or other hiccups whatsoever.

So there you have it, a brand new way to play all your old classics. Of course, you could just go out and buy an old console and rock the nostalgia properly, but why go through that if you can do it with all your fancy expensive toys? 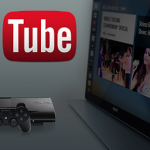