More
Home
Subscribe
Skip
Continue in 10 seconds
Skip
By Danny Greeff
Read next‘Dots’ review: Tetris for hipsters or the best puzzler ever made? 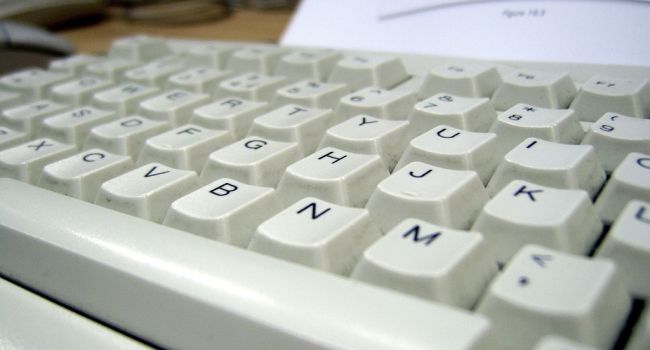 I was born in the eighties, eighty-five to be exact (yes, I am very aware of the fact that thirty is not very far away). This means that alongside the five years I spent being subconsciously influenced by awesome music and questionable fashion choices, I am a child of the nineties. I spent my afternoons watching Ninja Turtles, combing my hair into a middle-path style and cursing under my breath every time I stepped on an upturned piece of Lego. The nineties was also a time when we were all introduced to the home PC. I remember it well, the beige behemoth that was so advanced that it had its own room in the house.

The blue IBM logo that faded into existence when you put it on, the quad speed CD-ROM that flickered and buzzed like its life depended on it and the keyboard, oh the keyboard.

Weighing in at what felt like five kilograms at the time, the keyboard was my personal magic wand, the control panel from where I commanded this space-age machine to do my virtual bidding. I vowed to learn everything about it and memorize all the shortcuts so that I could be faster than the actual machine when my friends would come over to marvel over it and watch videos on Encarta ’95. These days, I am still a keyboard whizz. You know, just one of those people who can type an email while looking at you, making as though I’m actually listening when I’m actually seeing how long I can go without making a mistake.

These are my top 20 favourite keyboard shortcuts. Print them out, memorise, and learn to love the PC a little bit more.

Two Keys
(Ctrl – A) — select all. A great little shortcut for frustrated writers when followed by the backspace key.
(Ctrl – C) — copy. So much more efficient than right-click, copy.
(Ctrl – V) — paste. Again, efficient and stylish.
(Ctrl – X) — cut. Like copy, but way more dangerous when working with sensitive files.
(Ctrl – Z) — undo. Every designer’s best friend, if only it worked in real life.
(Ctrl – B) — toggle bold. Alongside the above, one of a writer’s most used shortcuts.
(Ctrl – I) — toggle italic. The name says it all.
(Ctrl – U) — toggle underlining. Come on, really now?
(Alt-Tab) — switch applications. Only gained fame when PCs could run more than one program at a time.
(Alt-F4) — quit. Your first step to becoming a troll “Dude, press alt-f4 to skip to the next level”.
(Shift-Del) — permanently delete. Risky if unsupervised, but a great way to keep your recycle bin empty.
(Ctrl-Shift) — create shortcut. Hold on drag your file to create a shortcut.

Three Keys
(Ctrl-Shift-ESC) open task manager. You did this before you hit ctrl-alt-del.
(Ctrl-Alt-Del) — restart. Literally the first keyboard shortcut learnt by everybody, not sure how often it used today though.

Windows Key Commands
(Windows – E) open windows explorer. My favorite shortcut on a PC.
(Windows – M) minimize all. We’ve all used this at the office.
(Windows – D) minimize all and show desktop. Perfect for when you get caught shopping for Christmas presents online. 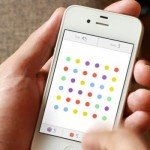 ‘Dots’ review: Tetris for hipsters or the best puzzler ever made?
Android • 27 Aug 2013
Read More
More