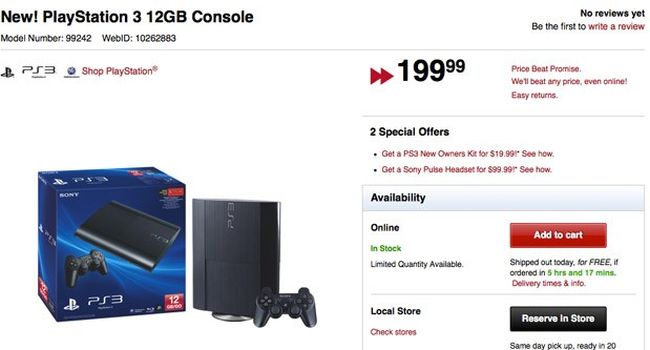 Ain’t this a surprise, what with digital downloads being somewhat important these days. Sony’s going to release a 12GB PS3 that costs US$199 (R2 000) and will have a solid-state drive, the first PS3 to do so. Canadian store Future Shop were the first to place the 12GB PS3 on sale, and Engadget was lucky enough to snap a shot before the site took the listing down.

Sony said last year that is was planning to develop a cheaper PS3 but wasn’t going to bring it to North America because of the “digital consumer.” Without a large drive, the PS3 can’t handle full game downloads and users will have to stick to mostly physical media, something that the Xbox One and PS4 are not so keen on. The new consoles emphasis digital over physical media, so Sony’s reasons for releasing this low-specced PS3 may have something to do with the US$150 (R1 500) Wii Mini.

Nintendo’s Wii Mini was released at the end of last year, and costs US$50 (R500) more than the 12GB PS3. But the Wii Mini lacks internet and has practically no on-board storage. For a few bucks extra, the 12GB PS3 looks to be the better option.

From leaks and rumours (Engadget again), we can tell you that the 12GB PS3 will launch 18 August in Kmart stores first. It’s the new slim design with one DualShock controller.

It’s a bit of an about-turn for Sony though, who had this to say earlier this year regarding a low-cost PS3:

“The smaller Flash drive isn’t coming to North America, and a lot of that reason is the digital consumer. We really want to make sure, out of the box, that there is an option for them to be able to download that content. That is really critical for us, very very important.”

So it isn’t, but now it definitely is? Consoles contradicting each other is nothing new, Microsoft pretty much owns the playing field here. Ultimately it’s money, and Sony’s need to push its aging hardware before the PS4 is introduced that compels the company to release yet another model of the PS3. 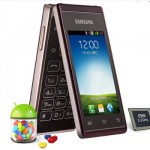