More
Home
Subscribe
Skip
Continue in 10 seconds
Skip
By Staff Reporter
Read nextPlayers before profit: how gaming companies can hang on to their fans 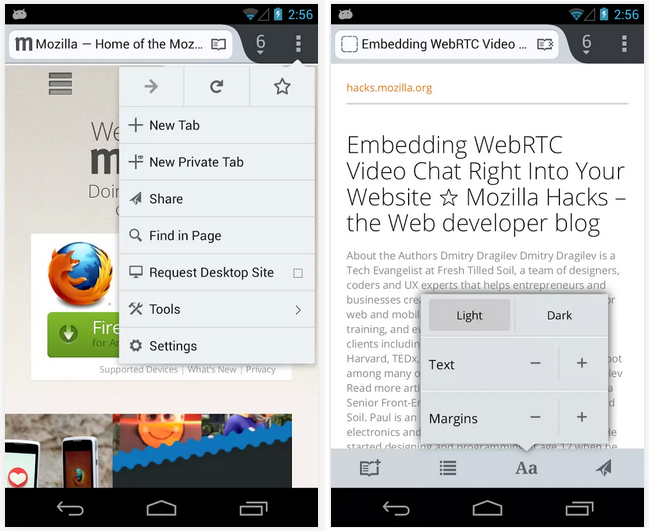 It’s Firefox for Android (Beta 23) and its even cooler than before, because today Mozilla has released a slew of updates for this very promising yet young mobile OS. Even better, it’s ready for download and testing right bloody now. Can’t ask for better than that.

Beta 23 of Firefox for Android helps us to “share content quickly and easily” with the new updates. There’s support for more languages, such as Catalan-Spanish, British-English and Swedish. Sharing is front and center, especially with updates like “Quickshare” which creates that social sharing/shortcut menu seen on the other OS’.

NFC brings the sharing home with NFC Bump – both Firefox phones need to have the NFC turned on and by knocking the phones together, browser tabs can be quickly shared. We’re not a fan of any phone-based abuse, but NFC bumping will be an interesting update.

It’s the support for WebRTC which takes the sharing game up a notch. WebRTC is “plug-in free realtime communication” with this Google I/O video showing off the streaming capabilities of this technology. The aim of this tech is to take voice and video communication and make it more than free, but to make it a “great experience as well in a new echo-system.” For instance, a single app made for WebRTC could communicate across all browsers without the need to install the same VoIP application. As per the update, this is now part and parcel of Firefox for Android, both on mobile and desktop.

Reader & Reading list gains more muscle as well in Beta 23. The formatting menu has been redesigned, and for easier reading it now switches between dark and light mode (light text on dark and vice versa). This mode can be triggered automatically or manually. Long-tapping the Reader icon now adds websites to the list for later reading. What are you waiting for? Get downloading. 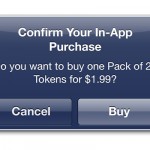 Players before profit: how gaming companies can hang on to their fans
Applications • 12 Aug 2013
Read More
More