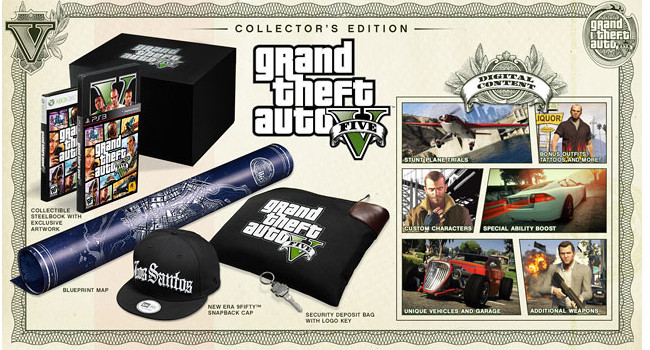 By now we’re all very excited about Grand Theft Auto V. If you’ve managed to save up some dough for the 17 September launch, give yourself a pat on the back. You should also check out the Collector’s and Special Edition before making your final buy, though they’ll come at a hefty price.

Rockstar Games recently posted more details and screens from the Grand Theft Auto V Special and Collector’s edition digital content. Pre-ordering the game will give you some extra bonuses including “a bevy of enhancements and accessories for all three of protagonists as well as your [own] character.”

The Special Edition and the Collector’s will also include Stunt Plane Trials which is a fast-paced sports activity, a Collectible SteelBook with Exclusive Artwork and a Blueprint Map. Oh, and you’ll also be able to fly the Atomic Blimp (in-game-only of course). When buying the Collectors Edition, you’ll get the ability to customize your character by messing with his genes and parent heritage. Very Sims-ish. Niko Bellic, Claude and Misty from GTA III will be among the available parents to choose from. “You’ll use the gene dominance meter to dial-in which parent your appearance favors more.” On top of that you’ll customize your character’s daily activities by changing ” everything from family time to illegal work and sports to couch potato hours.” The high-end electric car– the Khamelion

You’ll also get unique vehicles and garage property. You’ll do this via an exslusive chop-shop to further customize your rides. CarbonRS sports bike and the Hotknife which is an open frame 1930’s style hotrod will also be exclusive. You’ll also be able to purchase the electric car, the Khamelion, through GTA Online.

Both the Special and Collector’s editions will come with a veritable buffet of gangsterism and thuggery-based perks:

You’ll have more freedom when customizing your character using additional pieces of clothing and extra discounts. In the “shops around Los Santos and Blaine County, Michael, Franklin and Trevor will receive a special 20% discount.” Furthermore “each character will receive one outfit each, one additional article of clothing (shirt, hoodie and jacket) each and a tattoo.” All three of the campaign character s– Michael, Franklin and Trevor — will have their Special Abilities bar generate 25% faster.

At your local Ammu-Nation there will be some special gifts waiting behind the counter. You’ll be able to enhance and customize all existing weapons and gear using a range of different skins and attachments for example. Then among the weapons there’ll be the .50 Caliber Pistol, the Bullpup Shotgun and the Hammer.

The price. Oh, the price… The Special Edition goes for US$80 while the Collectors goes for a whopping US$150. 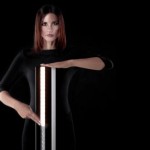