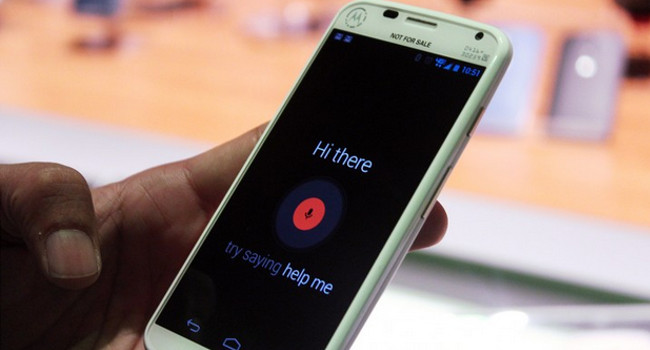 The Moto X has just been announced by Motorola and comes with a decent 720×1280 screen, 24-hour battery life, touchless control and a beautiful design. Swooping in at US$200 (R2000) on an AT&T contract, some customers are able to customize the smartphone giving it a wooden backing or unique text.

It’s carrying a 4.7-inch screen at 316 ppi and boasts a 2200mAh battery that can allegedly last you a massive “24 hours of mixed use”. It has 16GB of storage and carries a 10MP rear camera and 2MP front. Other specs include a 4G modem and 2GB of RAM. There’s also a 32GB version available for US$250.

Other features include 4.2.2 as well as the much talked about touchless control. This cool gimmick lets you, for example, say “Ok Google Now” which then launches (you guessed it) Google Now. There’s also a quick camera feature on the Moto X that when shaken, starts the camera app.

Its design looks stunning. It’s curved back and slim design will be complemented with a wide variety of colours. Though, certain lucky customers would have the option of customizing the device to their liking. Check out those beautiful curves.

US AT&T customers can go to the Moto Maker site where you can “select from multiple cases and accent colors, which you can pair with a black or white faceplate,” reports Engadget. You can even put custom text at the back and would later have the option of choosing from a variety of wood backings.

The hype surrounding the launch of this phone was pretty impressive from the rejuvenated Motorola — a company that has been struggling over the last few years to compete with the likes of Samsung and Apple. After being acquired by Google two years ago, the mobile tech company is making a fresh start. New logo, new flagship and the works.

Rob Osterloh, head of product management points out some irony in that “smartphones today are incredibly powerful, really fast, but they’re not actually very smart.”

One of its interesting selling points is the fact that it’s assembled in the US of freaking A. This makes the unique customization feature a simpler and more intimate process. Motorola’s new shiny, pretty toy will be released in the Americas at the end of August. Off-contract the Moto X is quite expensive, however, at $575 for 16GB, $630 for 32 GB.

So if you’re not in the US and you don’t have a AT&T contract, the Moto X becomes an expensive device that will still need to prove itself.

Images via The Next Web 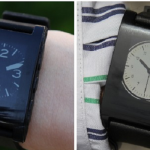