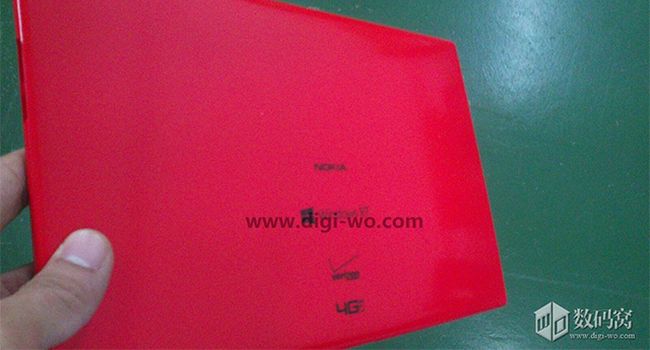 We didn’t like the Surface RT, it’s one of the worst mistakes ever made by Microsoft outside of the Zune. It even cost it US$900-million in losses. So why Nokia wants to make a Windows RT tablet, its first official tablet to boot, is a mystery for us. Let’s then hope that this rumour, from Digi-Wo stays that way.

The report is translated from Chinese, but despite the language barrier, there’s no denying the specs. What we have here is a 10.1-inch tablet that will have a 2.1Ghz CPU, a 1080p display with “5-point touch screen body”, 32GB storage and a detachable keyboard which is in the same vein as the touch/type keyboard of the Surface. There are connection options a-plenty: Wi-Fi, LTE/4G internet, USB 3.0 and MicroHDMI. And it’ll be available in two very Nokia colours, green and blue.

Nokia has an event in New York scheduled for the 26/27 September 2013. According to AFR, Nokia CEO Stephen Elop was quoted saying, “We haven’t announced tablets at this point, but it is something we are clearly looking at very closely. We are studying very closely the market right now as Microsoft has introduced the Surface tablet, so we are trying to learn from that and understand what the right way to participate would be and at what point in time.”

If the tablet launches, it would launch then and in the US first on the Verizon network. But here is our issue:

Surface RT was terrible. It was one of the worst, and most overpriced gadgets to ever launch. Hell, it was practically dead on arrival. Surface RT struggled to sell in the US and Microsoft is now looking to tap into the international articles as it attempts to make a dent in Apple’s pie, reports PCWorld.

And we disliked it, severely. It’s barely a proof-of-concept. Hell, we’d go as far as to call it a design mockup that made it into the wild, somehow. At US$350 (R3 500) it’s still too expensive for what it delivers, which is the opposite of smiles. If Nokia made this, it would be creating a mistake, plus it would be an expensive mistake for both the consumer and the companies who’ll waste time with this Faberge Egg. Let’s hope that if Nokia does make a tablet, it runs the full Windows 8 OS, not the stripped down, barely usable version.