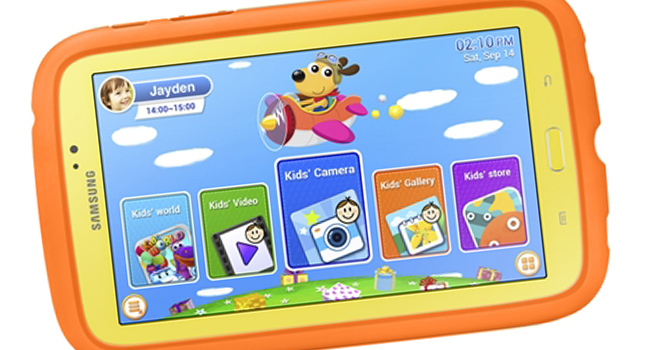 The South Korean manufacturing giant announced a new edition to its tablet line up today that is targeted specifically at young children, and comes complete with a kid-friendly colour scheme and a host of pre-loaded apps. From e-books to educational apps and games, the tablet gives parents the ability to control which apps they want their children to be able to access and even set timed passwords. This means that once play time is up, parents will need to enter a password to unlock the device again. Samsung’s also launched a dedicated Kids App Store to provide a new market place for apps and games besides the generic Android store, Google Play.

So, what type of device will the little ones be handling? The tablet runs Android JellyBean (4.1), has a 7-inch 170ppi display, a 3-megapixel rear camera and a 1.3-megapixel front-facing one, as well as a 1.2GHz CPU and 1GB RAM. Parents can also buy an official case which comes with a reworked version of Samsung’s S-pen stylus — named the ‘C pen’ — which is aimed at smaller hands and allows kids to draw on the screen without leaving marks on the surrounding furniture. While the carry case is likely to provide some insulation, Samsung hasn’t declared the tablet completely kiddie-proof, which begs the question of how long this device will last in the hands of a boisterous toddler. Still, it’s the company’s first dedicated childrens’ option, and puts it in a market already populated with competitors like Leap Frog’s Leap Pads. It’s due to land in Korea in early September and then make its way to other territories including China, Europe, the U.S., Africa, South America and South East Asia. 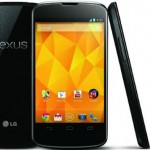