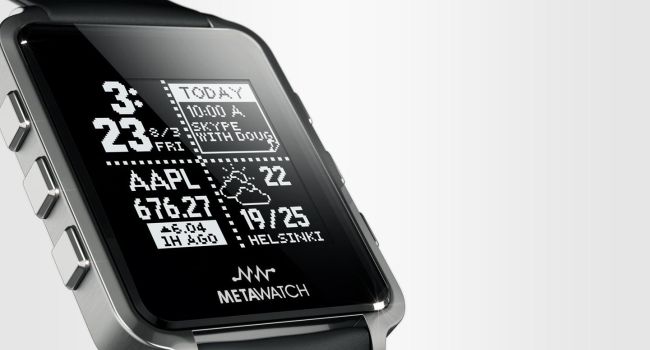 By now most of you will hopefully have heard about the flood of smartwatches hitting the market. You may have heard rumours of the Apple iWatch or perhaps have considered buying one of the models already available.

But what is it these watches really do? Why are they considered so smart, and let’s be honest, are they as cool as we imagine them to be in our heads? I know you’re all hoping you can speak into your watch like you see in the movies, but what is the reality of these devices, and if you’re looking to get one, what options are available to you?

Well, let’s cuts through the chaff and rumours, and round-up the watches that are already available on the market and have pretty decent functionality. There are some not included on this list for a number of reasons –  either because they’re no longer in production, haven’t yet actually hit the market yet, or have rather limited functionality and don’t in my mind really qualify as a smartwatch. Onward.

First up the ConnecteDevice Cookoo (US$249/R2 500), sometimes known only as the Cookoo. The Cookoo is a watch that connects to your iPhone, and notifies you not just of missed calls, messages and emails, but also acts as a camera trigger for your phone, and alerts you to calendar reminders if your phone is not on hand. It reminds you if you’ve left your iPad or iPhone behind, helps you find it if you’ve misplaced it, allows you to check into Facebook and controls your music playlist all at the touch of a button.

Interestingly the watch doesn’t need to be recharged and uses a standard watch battery. Although the Cookoo is currently only compatible with iOS, plans are in the works to make it compatible with most Bluetooth capable smart devices.

Next up, a blatant reference to the iWatch, (still a rumour at this point in time).

This is i’m Watch (US$299/R3000). This device alerts you to calls, texts, emails and appointments. It tethers to your smartphone, as well as to active WiFi connections. It allows you to reject calls at the shake of a wrist (which seems awesome but I’m wondering about the sensitivity of this feature) and comes with a variety of built-in apps. The i’m Watch, not only links up to all your favourite social networking feeds, but also allows you to monitor your fitness with features such as a heart rate monitor, pedometer and calorie counter.

Still not convinced? Music? It does that too. The Cloud? Yup, got that covered. In fact, the i’m Watch is pretty darn impressive on paper. Does it live up to expectations?

4GB onboard memory, 128Mb RAM (which sounds like a little and by all reports isn’t really enough) and a custom Android OS. You’ll probably only get a days charge out of it unfortunately, but sadly this seems to be the standard for many of these watches. You can technically make and receive calls from the watch as well, but the sound quality isn’t really up to much.

In other words, it’s buggy, but it looks incredibly pretty, and chances are a few firmware upgrades will sort it out eventually.

The Martian Passport (US$299/R3 000) is perhaps oddly named but it’s an awesome looking watch, although in comparison to some of these other models is somewhat lacking in features. It’s compatible with WhatsApp, alleviating the need to tether in order to receive SMS’s, which is pretty awesome. You can then turn on text-to-speech, and it will read the messages out to you automatically if you so desire. A nice touch when your hands are otherwise occupied, but strangely I find the idea a little creepy as well, since I imagine that lovely Steven Hawking computerised voice in my head.

The latest firmware update gives you compatibility with both Windows and MacOS, but it’s not a touch screen and there’s no real significant extension of your smartphone. Apart from the WhatsApp and notification features, you can accept and receive calls but that’s about it. It’s a looker, but probably more akin to the guy with the six-pack and nothing between his ears.

The MetaWatch Smartwatch (US$229/R2300), isn’t the best looking smartwatch out there, to be honest. The screen reminds me more of the 80’s pixelated games I grew up with than the smartphone it’s supposed to integrate with.

It will alert you to calls, tell the weather at a glance (if you can’t, you know, look out the window), notify you to text messages and allow you to change your music quickly and easily. There are a number of customisable widgets apparently designed to make my life easier, and it integrates with both iOS and Android.

The Pebble Smartwatch (US$150/R1 500) is another device that has received a fair amount of press, and with good reason. Of all the smartwatches currently on the market this is probably one of the best. It’s incredibly good-looking, its battery lasts around a week, and comes with all the features we’ve by now come to expect from a smartwatch – Caller ID, email notifications, SMS, calendar alerts, music controls, Facebook and Twitter, as well as a few others such as weather and various miscellaneous notifications.

It’s relatively affordable in comparison to many of the other watches on the market, and supports both Android and iOS. The screen is an e-paper display, similar in design, but lower in quality to the kind of screen you might find on a Kindle for example. Although the possibilities exist for apps to increase functionality, there aren’t currently many available, so you’re mostly stuck with where it’s at right now.

Lastly the Sony Smartwatch, or MN2SW (US$129/R1 300). This is an Android device, which also does most of the standard call, text, music, social networking things, providing calendar and message notifications as we’ve come to expect.

It looks good, but it’s also one of the better priced devices on the market. Battery life currently sits at around 3-4 days, offers developers the opportunity to build custom apps, and has a full colour display, unlike many of its competitors (the i’m Watch being the only other one on this list). It also has a call log, which is rather useful for remotely taking pictures, as well as controlling presentations which is a rather nice feature for corporate types.

So let’s quickly discuss the reason for this article.

The Samsung Galaxy Gear aims to set itself apart from the opposition by including, apart from all the standard interfacing call and messaging features, an additional feature that will enable you to capture stills or 10-second video clips with sound. Of course the quality isn’t going to be wonderful, but it’s fair for the fact that it’s coming from a watch. By all accounts the Gear is rather sluggish, but this seems to be a consistent problem across many of the smartwatch brands.

You can only load up to 10 third-party apps, but with a 4GB memory this is hardly surprising. It’s visually a good looking watch, but the battery life only lasts a day (with regular use), which means that if you’re making active use of your watch you’ll probably find you need to plug it in quite a bit, which kind of defeats the purpose. I had high hopes for the Gear but this definitely appears to be a first-generation device. Furthermore it’s only compatible with a very specific range of devices. Once the Galaxy S4 gets an Android update it will likely be supported as well (although that’s speculation on my part), but it doesn’t seem like this is a device that will ever easily pair with non-Samsung devices.

Should you be rushing out to buy any of these watches? Well, most of these smartwatches have at least one good feature, but our advice is to wait around, there are a fair number still in production and Samsung just introduced the Galaxy Gear. So hopefully, smartwatch makers will learn from the mistakes of their predecessors.