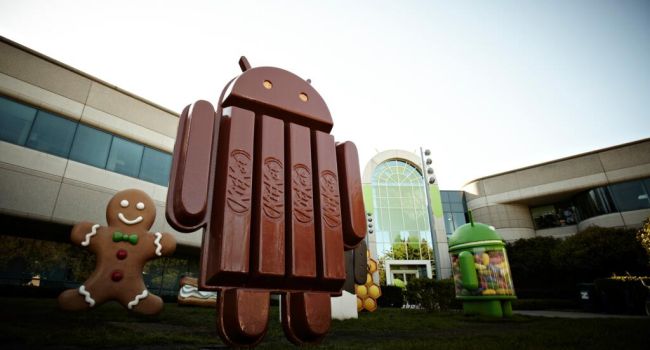 In a completely unexpected, yet awesome announcement yesterday, Android head, Sundar Pichai announced to the world that the next iteration of the most popular mobile OS in the world will be named Android 4.4 KitKat. Pichai’s tweet was accompanied by a snapshot of the brand new KitKat statue (pictured above) outside Google’s headquarters in Mountain View.

At the same time, the brand new KitKat site was unveiled and it provides a really nice retrospective of the previous versions of the OS. There isn’t too much revealed here, but what it does state is that “Android is the operating system that powers over 1-billion smartphones and tablets. Since these devices make our lives so sweet, each Android version is named after a dessert: Cupcake, Donut, Eclair, Froyo, Gingerbread, Honeycomb, Ice Cream Sandwich, and Jelly Bean. As everybody finds it difficult to stay away from chocolate we decided to name the next version of Android after one of our favorite chocolate treats, Kitkat®!”

The best part, besides a new version of Android, is that Google and Nestle struck the deal without exchanging any cash. According to John Lagerling, director of Android’s global partnerships, “this is not a money-changing-hands kind of deal,” but instead it’s just something “fun and unexpected.” It has been reported that the deal was sealed after a single conference call back in November, and then finalised a mere 24 hours later.

If you’re in the USA or UK, then you’ll be able to enjoy this partnership more than the rest of the world, as it’ll be accompanied by a Willy Wonka-style ticket hunt. The prizes? A new Nexus 7 or Play Store credits. The BBC has also reported that the Android mascot will be promoted in 19 markets and there will be 50 million Android branded KitKats distributed accordingly.

The new version of Android will in all likelihood be released with a brand new Nexus device as well, and as some keen viewers noticed, the first snapshots of it may already have leaked during the unveiling of the KitKat statue yesterday. 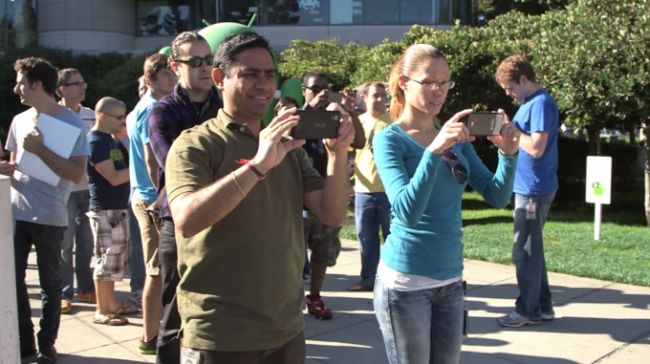 The aim of the new OS according to the KitKat site is “to make an amazing Android experience available for everybody.” I’m not entirely sure what to make of it, but considering the Google Play Services app and the way that the Android team is tackling fragmentation, I think it’s safe to expect some pretty radical things. For now all we can do is wait patiently for Android 4.4 and an accompanying event to be announced. Be sure to check back here as I’ll do my very best to keep you all updated on where Android is heading. 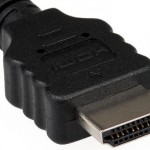