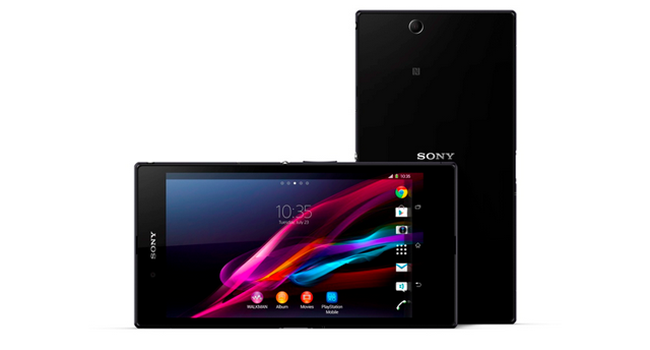 Kaz Hirai, Sony CEO took to the stage at IFA to introduce a slew of new and very shiny Sony devices.

First up, the Cyber-shot RX1R and RX100 Mark II as well as the NEX-5T cameras were shown off by Hirai. It’s all about one-touch, said Hirai.

“There’s one-touch remote, one-touch listening, one-touch mirroring… all in all, one-touch is an efficient and of course easy to use function.” Another wireless device, the HDR-MV1 music video recorder, which is just a digital video camera with directional microphones (or X/Y stereo mics) was also demoed on stage. There is now also a 4K Handycam which looks as about as serious as recorders come.

Hirai spent a bit of time recapping loads of upcoming and recently-announced Sony products, such as the VIAO Fit and Tap 11, one of the hottest looking tablet PC’s we’ve ever seen. Alongside this, Sony announced two new Bravia TV’s, and both the 55 and 65″ models will output in 4K. Along with the TV’s, Sony’s introducing a 7.1 channel sound bar.

What really piqued our interests was Sony’s new 4K projector which can beam out a display well past 84″ (Sony is yet to mention the exact display size).

Sound was a big deal for Sony this year, or every year as after all, Sony invented the Walkman. And on that, there’s a new range of Walkman devices, that look almost exactly like smaller Xperia’s. Sony’s event went at breakneck speed and before we knew it, the Xperia Z1 was announced.

Here’s what it’s all about:

“The Xperia Z1 is the absolute embodiment of that one Sony ethos,” said Kaz. “A product that’s only beautiful, but fully waterproof.” The BOINZ processing engine and a 1/2.3″ camera sensor will offer up to 3x clear image zoom with “zero” loss of quality. Remains to be seen. The phone is enormous, just by the way and has a 5″ full-HD display.

There’s also an interesting photo app called “Info Eye” that scrapes information based on any photo. With this, there’s a Timeshift burst mode that takes 30 images before and after the shot is taken. Sony’s also said that its opening up the camera software so that developers can tinker with the app.

The Z1 has the most current Snapdragon CPU onboard, as well as “free content to the value of 100 Euros”. So you’ll be able to watch a few Hollywood mega-hits the moment the Z1 is turned on. The Z1 could launch “very soon”, or end of the month. It’s up to Sony, and your wallet to decide if the Z1 is worth the purchase.

And now for something not so different. The SmartWatch 2, first announced in June was quickly shown off, and then removed from the stage before the world even had a chance to sample it. It had to make way for this, the new snap-on Sony Lens for Xperia phones.

Sony said that it wanted to create mobile photos as good as those taken on the RX100. The QX100 is that answer. Plus according to Sony “it turns a great smartphone into a fantastic compact camera. To the level of a truly digital camera. It really completely transforms your mobile shooting experience.”

Most amazingly, both lens (QX10 and QX100) are compatible with all iOS and Android phones, via WiFi and NFC pairing. Pretty damn nifty. Will this transform the mobile camera game?

The show ended almost as quickly as it began. Neat devices, bold and fearless in black and polished chrome, it’s the Sony way. Stay tuned to the Gear for previews and news of the latest Sony devices. 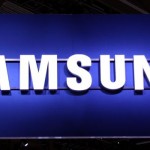