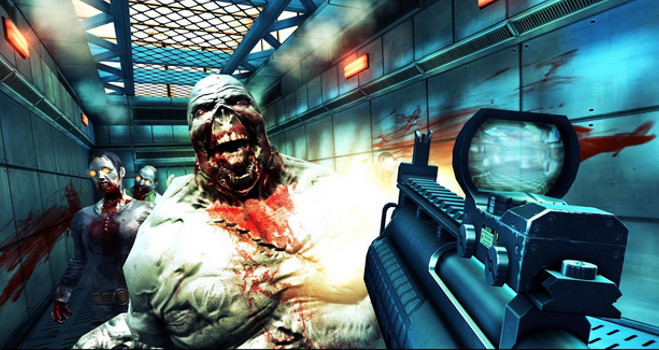 Flesh-eating walking dead, Cthulhu, creepy ghosts and annoying demons: that’s how we roll on Halloween. We’ve rounded up some of the must-have mobile games that will hopefully fulfil your need to be scared or horrified this month.

The Eyes: The Horror Game

“Experience fear and the deep horrifying atmosphere” that is The Eyes. The game seems to have taken inspiration from the popular PC title Slender Man and lets players search an old mansion for money in first-person mode. As you’d expect, you’ll encounter various puzzles, creepy things and all kinds of evil.

The Eyes: The Horror Game is available on Google Play and iTunes for free.

I wouldn’t go as far as calling Dead Trigger a scary title but it certainly is incredibly tense and at times pretty damn gruesome — the way a zombie-slasher should be. Especially if you’re a noob when it comes to FPS gaming on your smartphone or tablet. You’ll quickly get the hang of it though and happily chainsaw your way through crowds of hungry flesh-eaters.

Dead Trigger is graphically-intensive and ultra-violent. The undead look gruesome and the gameplay is extremely fun. If zombie hunting is your thing, then Madfinger’s Dead Trigger is definitely a must-have.

Dead Trigger 2 was launched last week just in time to catch the geeky Halloween celebrations so grab your crowbar, hacksaw and shotguns already.

Both titles, Dead Trigger 1 and 2, are available on iOS and Android for free.

“You awake in a hospital uncertain of how you arrived there or why. An old man warns of a beautiful witch whose minions roam the halls seeking the living. It is only when the witch is destroyed that you will be released from this unrelenting torment.”

Oh yes, another classic. Dark Meadow: The Pact is a horror FPS title that manages to set a near-perfect atmosphere for a decent horror mystery. There’s a witch, some bloodthirsty goblins and a lot of dialogue. Players use gesture-based controls to make their way through puzzles using sword and crossbow.

Dark Meadow: The Pact is available on iTunes and Google Play for free.

Though scary games generally work best when in played in first person mode, any game that carries the word Cthulhu in its title should deliver the horror.

Inspired by the father of cult horror stories, literary legend H.P Lovecraft, Call of Cthulhu is a turn-based RPG title that includes authentic period weapons, spiders and more zombies. This top-down title puts you in charge of a team battling through trenches, mustard gas and nightmares set during the dark days of WW1.

Call of Cthulhu: Wasted Land is available on Google Play and iTunes at a fee of US$4.

“The howling wind is delivering a chilling message of evil which is drawing closer by the second. The cold whispers of the forgotten souls tell you to run as far as you can, as fast as you can before it’s too late.”

You wake up in the middle of a dark haunted forest only to find out that you better start running. Together with spooky background music, you tilt your way through the forest evading obstacles and collecting orbs for more points.

Developed by Distinctive Developments, it’s been around for quite some time and stands out for bringing a different element to the horror genre.

Dead Runner is available on Google Play and iTunes for US$1.

This point and touch survival horror game puts you in the shoes of boy who tries to find the truth about both his brother’s and girlfriend’s suspicious death. By figuring out spooky puzzles, players must also take part of boy’s troubled memories and go into the mysterious abandoned school.

The Abandoned School is available on Google Play for free.

Of course there are many, many more titles out there but we’ve tried to give you a balanced list of scary horror titles you should be enjoying. Let us know in the comments which you find the scariest. 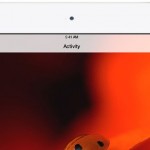