By Steven Norris: grumpy curmudgeon
Read next20 battery-saving tips for your iPhone 5S 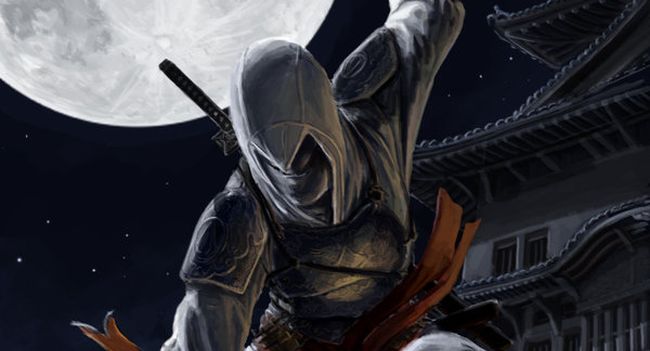 Pirates. Who’d have thought that dodgy blokes with wooden legs and eye-patches could create such an enthralling installment of the Assassins Creed series (89% and climbing on Metacritic)? Ubisoft did and the result is one of the better sequels we’ve ever played. But what’s next? The company has said that “we hope to reach Assassin’s Creed 10” and with sales numbering in the tens of millions, going past a tenth sequel seems like a sure bet. But to what? We’ve come up with six sequels to Assassin’s Creed that would be as good as or better than pirates. There’s just such a rich vein of history and science fiction to tap into.

The emotional depth alone would turn this into a sombre, but thrilling epic. From the trenches of World War I, to the massive battlefields of World War II, this AC wouldn’t pull back any punches. Imagine an Inglorious Bastards type of setting: you build your group of assassins and potentially take down the most heinous final boss of all time, namely Adolph Hitler. Who here wouldn’t want to drive a spike through his face? The setting would be the ruined cities of Europe and your assassin could take his mission instructions from Winston Churchill. Games like The Saboteur tried it, but AC: World War would nail it. If you’re thinking “Jack the Ripper”, you’d be spot on. What we would have here is an emphasis on stalking and detective work as you make your way through a Sherlock Holmes-style London combatting very well-dressed foes, with moustaches and the like. Imagine it: instead of hunting through old tombs (which are the best part of the AC series), you could pick up different facial hair attachments, steampunk-style weaponry like a gas-powered arm-blade and stalk enemies on the rooftops as the London fog rolls over a filthy, rat-infested city. Kind of like Thief and Dishonored, but with the kind of killer parkour controls that would dazzle us. Feudal Japan would make one of the richest, most expansive AC yet. And after all, aren’t samurai and ninjas the prototype for all assassins? This would be practically a no-brainer. You could play as one of the rival ninja clans as you make your way across lush, green hills into sprawling cities as life goes from bad to worse for the practitioners of the ancient ways. On the way, your assassin could meet Sun Tzu (writer of the Art of War) who trains your ninja in the way of creeping and killing. The thought of stalking another ninja in a bamboo forest makes me want to cry with happiness.

From the 1950s till the early 90s, the world’s superpowers were locked in internal struggles that quietly threatened to end life as we know it. You’d begin in Russia at the birth of the Cold War, then travel to Berlin, Korea, the UK, the US and China as you uncovered the Templars’ plans. It would be similar in style to an Assassin’s Creed: World War but with a heavier emphasis on factions and counter-intelligence. You’d have a network of assassins that spreads across the globe in an effort to be the dominant superpower. Eventually, you’d be so mired under your own lies that you’d most likely end up assassinating yourself. Sure, we’ve had an actual game called Mafia, but it was terrible. Having your own freelance enforcer, killing and slitting throats from the beginning of organised crime in the 1920s, right up until the 1980s, would give us the perfect combination of Goodfellas, the Godfather and the Untouchables. Your assassin could infiltrate the mob as an FBI or CIA agent as you climb the ranks until you’re the godfather of crime. Then, in an exciting twist, Robert De Niro shows up as the head of the Templars and puts a bullet in your brain for that flippant remark you made about his mother’s Gabagool (thinly sliced and boiled ham). You’d torture informants, sneak across beautifully realised cities and generally be the biggest badass of all time. Also, you’d have to balance your double life as informant and mafia goon. I’m not so sure about a contemporary Assassin’s Creed. Who’d want to play as a hipster killer anyway (“assassination is just so mainstream”)? But, a future Assassin’s Creed would rock. There’d be no more awkward farting around with the Animus, but simply a coherent world that owes much to the works of David Cronenberg (eXistenZ) Frank Herbert (Dune), Philip K. Dick (Blade Runner) and Arthur C. Clarke (2001: A Space Odyssey). Mix in a little Blade Runner and Minority Report and you’ve got a recipe for printing money. This time though, you’re a cyborg death machine with a heart of gold (or not, what a twist!) as you murder your way through cities until you make your way until the end of time. At least it would be a decent end to the AC series. Ubisoft could pick and mix technologies from every science fiction film or game ever made to create the ultimate AC. 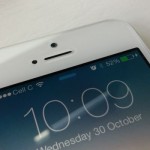