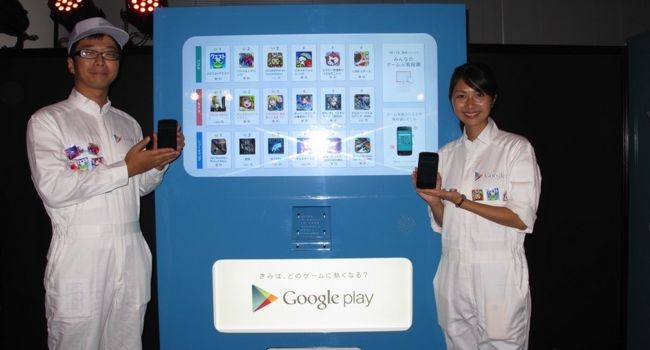 In a country where fashion is inspired by games, hairstyles mimic Dragonball Z and where toilets sing to you, Google has released the world’s first game vending machine.

But the games (there’s a total of 18) don’t roll out of spiral loops, or drop down like cold cans of Cola. No sir, each app is beamed to an Android smartphone over Bluetooth 4.0 or NFC. All that you’ll need is an Android phone with one of those wireless technologies and the vending machine will do the hard work for you, said Engadget.

Here’s how it works. Select the game (there are free and paid-for games), take the phone, press it onto the vending machines pad and the game will start to download to your device. The large LCD screen on the Android vending machine plays a nifty animation to signify a successful purchase. It seems to use Google Wallet as well, in the sense that it grabs your account details over wireless and beams games to your phone. When we think about it, the ability to beam apps from one Android device to another would be an excellent idea, if the legalities could be worked out.

There’s one small issue though: what exactly is the point of the vending machine, outside of it being hugely gimmicky? The internet speeds in Tokyo are some of the best on this planet, so downloading over wireless isn’t the issue. But there is a decent “surprise” offered by the vending machine, a demo Nexus 4 that lets you try the games before you buy them. The machine dispenses the Nexus 4, you get to try a few levels of the game, and then you drop it back it back into the slot when the demo is over.

There are going to be a total of three vending machines scattered around various shopping centres in Tokyo. The whole thing smells like an advert to us though, as if Google has something hidden up its sleeve for the near future. 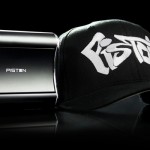