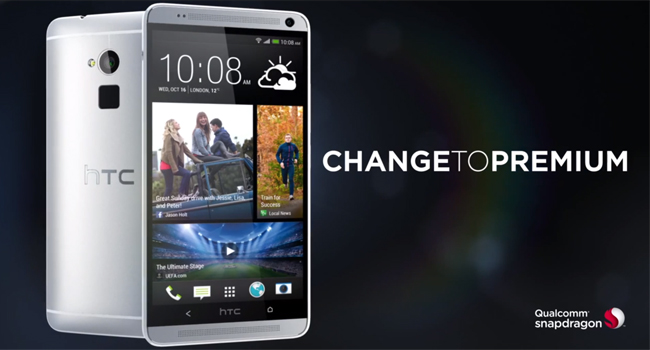 Samsung Galaxy Note 3, meet your new over-sized competitor: the HTC One Max. Yep, after months of leaks and rumours, HTC’s new Android phablet is official. Oh, and yes, it really does have a fingerprint scanner.

HTC’s mega companion to the flagship One is all about going big. It is a massive 164.5 x 82.5mm and just over a centimetre thick, and has a 5.9″, full 1080p HD screen and 1.7GHz quad-core CPUs. Its design is very similar to the smaller HTC One, with the same sleek aluminium casing with a notable difference: on the back of the phone, below the camera, is nestled a little square fingerprint scanner.

Unlike the scanner on the iPhone 5S (which is located in the front home button), HTC has opted to place the scanner in a spot which some early reviews seem to question — for example, the Verge’s Vlad Savov says the location of the scanner (and the fact that you have to swipe vertically, not simply press your fingertip to the sensor) leaves you more likely to smudge the camera lens or having to reposition your hand than actually unlocking the phone. It can support up to three different fingers and allows you to launch any one of your favourite apps when you swipe with a particular digit.

HTC is also making a fuss over its BoomSound speakers, which are dual front stereo speakers with built-in amps to deliver some serious volume while boosting the bass. To power the phone’s massive screen, HTC has included a 3300mAh battery beneath the One Max’s aluminium shell, which it says will give you more than a day (okay, 25 hours) of talk time on 3G. Yes, please. The phone also has the same UltraPixel technology as the One, as well as the same 4MP camera, but without the optical image stabilisation to make sure your photos come out clear and sharp even if you are on the move. It also has a 2.1MP front-facing camera which can take full HD videos, and has a dual capture mode which overlays a photo from the front camera over one from the rear.

Along with the new version of HTC’s Sense (5.5) glossed over Android 4.3 JellyBean, the One Max also comes in 32 and 64GB variants, with an additional microUSB slot for those who need more storage space. It will begin rolling out globally later this month. 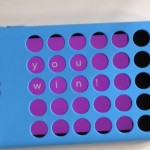