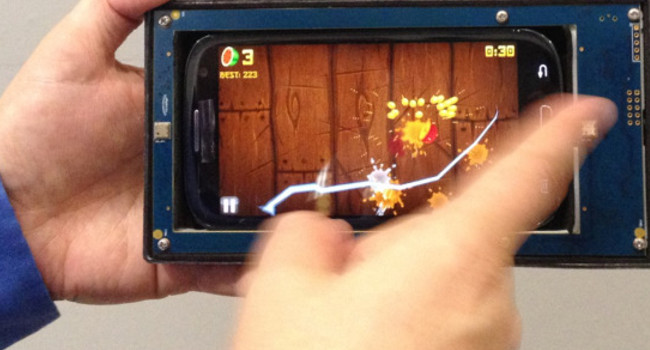 We were really impressed by the Leap Motion controller when we got our hands on it a while back. Now, a new method of controlling your smartphone or tablet via touchless gestures is in development. Startup company Elliptic Labs has launched a software development kit (SDK) that works via a dedicated ultrasound transmitter to interpret motion that can “tell” any Android device what to do.

The device is a little 3mm square hidden on the smartphone. Apparently it’s incredibly sensitive with millimetre accuracy. Moreover, it’s also incredibly cheap with hardware costs only being between US$1.30 and US$1.50.

“We came out of university with an idea that it was possible to create a user interface technology using ultrasound, just like a bat navigates in the darkness,” co-founder Haakon Bryhni told VentureBeat.

“We have a 180-degree sphere of sensitivity up to half a meter away from the phone,” Bryhni says. “You can read a news magazine, just very casually moving your hand to change the page, you can switch applications, change tabs, adjust sliders, close tabs, switch channels, play games… anything you can do on a smartphone you can do with your hands.”

Motion tech is becoming extremely popular with the Leap being integrated in laptops and the Xbox One’s Kinect even claiming to be able to read people’s pulse and muscle structures. Samsung Galaxy S4 also has some motion gesture features, but are said to be way less accurate.

The company says it has major Asian smartphone manufacturers on board for shipping products next year, and is demoing the product at CEATEC innovation awards in Tokyo today. 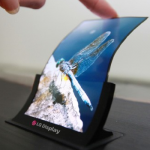