More
Home
Subscribe
Skip
Continue in 10 seconds
Skip
By Pippa Tshabalala
Read nextYotaPhone, the only E-Ink phone on the market, ships this Christmas 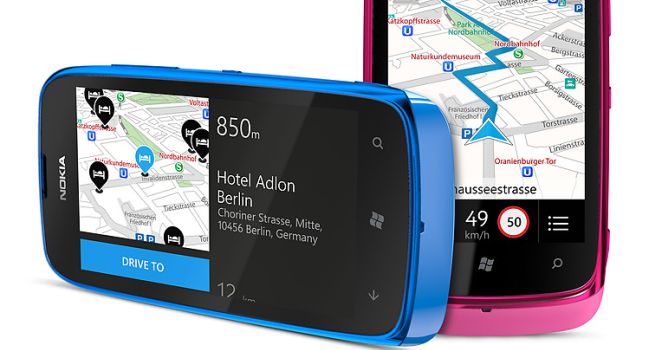 A quick note: most of these phones, in South Africa at least, are rare to find on contract. These are the recommended prices for the phones and as such (especially if the phones are sold brand new), some of the phones may cost over R2000. But that’s why we wrote this guide. Fight for your rights, search the Gumtrees of this world and use our guide as a baseline for pricing.

We all love our smartphones. Packed with features, our special little devices connect you to every aspect of our digital life, from making calls and sending texts (infrequently) to social networking on Twitter and Facebook, and connecting to the internet. But let’s face it, they can be pricey.

There are alternatives if you’re not looking to go with the most popular and expensive models. If you’re like some of my friends and family members who are constantly losing phones, then you might want to go with an option that affords you the essential features of a smartphone, but without the exorbitant cost.

It’s also a good alternative for parents not wanting to spend a huge amount of money on their child’s smartphone, but are still looking to give them a fair amount of connectivity and useful features. So in order to help you make that decision, we’ve rounded up a list of worthwhile smartphones for under R2 000 (US$200). In South Africa particularly, the Blackberry is still alive and well, and so it’s not surprising that you’ll still find phones such as the Blackberry Curve 8530 in the hands of many people. The screen is not as big as some of the other smartphones, with the majority of the phone being taken up by the QWERTY keyboard, but it still offers good value for money.

The camera is only a 2MP but it still gives you all the Blackberry functionality of cheap internet and BBM, which is a fair compromise if you’re just looking to stay connected as opposed to become an Instagramer. Best of all, it comes in at R1 000 (US$100). HTC generally tends to be a hit-or-miss brand of smartphone. Some of its models are amazing (HTC One), and others are just an all-round fail (HTC Max). Luckily, the HTC Wildfire is a pretty decent one. It’s not the fastest or newest Android phone on the market, but it offers a 5MP camera which will give you decent photos and a reasonably sized (3.2″) capacitive touchscreen. Not my personal touchscreen of choice, I generally prefer the multi-touch glass screens, but for only R1 300 (US$130), it’s a decent choice. Taking a slight step up in price, you’ll find the Nokia Lumia 620, which you can find ranging in price from around R2000 ($199). Nokia has worked hard to get back into the market with the Lumia range and although it’s not really managing to compete with the likes of Samsung and Apple just yet, the Windows Phone 8 powered 620 offers a 5MP camera, 8GB storage which can be expanded up to a whopping 72GB via microSD, and 720p video. Much like the HTC, it’s also got a capacitive touchscreen, but it does employ Nokia’s ClearBlack display technology, which helps reduce things such as glare, particularly useful in our sunny climate.

With similar features, but a slightly cheaper price tag, the Lumia 620’s little brother is the 610, and although Nokia’s ClearBlack technology doesn’t make an appearance here, it’s still a reasonably priced, decent smartphone which clocks in at around R1 100 (US$109). It has a slightly smaller screen at 3.7″, but the rubber-style finish of the battery cover makes the phone easy to hold, although at 12mm you will find it thicker than many other new smartphones. The Sony Xperia E Dual has the added advantage of dual-SIM slots so you can take advantage of multiple carrier features (data vs voice calling costs for example). It does however have somewhat limited storage at only 4GB. It’s an Android phone with a 3.1MP camera, and you’ll find it priced around R1700 (US$169).

Keeping with Sony, the Xperia U also offers pretty good value for money for those looking for another Xperia option. It runs Android Gingerbread and sports a smaller 3.5″ screen, but it does come with a 5MP camera, as well as 8GB storage. It’s thinner than phones like the Blackberry curve, and although not as speedy as some later Xperia models, you’ll still be able to do all the necessary social networking via the Xperia U. It costs R2 000 (US$199).

If you’re not interested in being ahead of the pack, and more concerned with decent functionality for a reasonable price, then you’d be hard pressed to find greater value than the smartphones on this list. 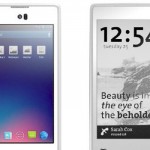