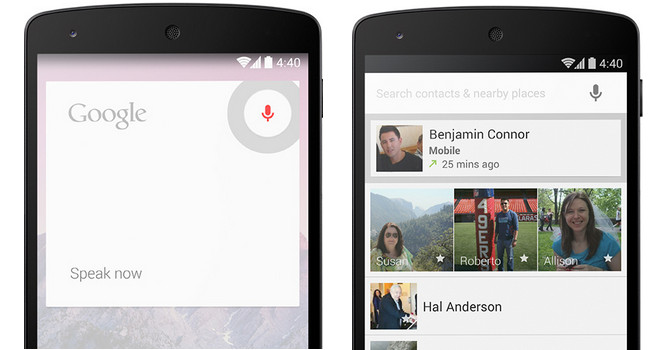 Google’s an odd duck. A very rich duck but an odd one at that. For months we deal with leaked screenshots and rumours, only for the finished product to surprise once again, with genuine innovation made the Google way. So let me not beat around the bush, I will eventually buy a Nexus 5 and it seems the business, but it’s Android 4.4, known as KitKat, that I’ll be concentrating on for now.

I’ve not yet used the software, but I will go on a limb to say that this is the biggest update to Android since the jump to Ice Cream Sandwich, Android 4.0. This update will bring Android to lower-end devices, even those with only 512MB RAM. It will then almost certainly breathe new life into the ageing Galaxy Nexus, and of course will only benefit my Nexus 4.

KitKat also gets its own printing framework, so you can print anything over a Wi-Fi or cloud-hosted service, like the included Google Cloud Print. I’ve used it many times, and it’s dead simple. There’s also a new way to look at and interact with your local or cloud storage via a brand new storage access framework. This will essentially combine all of your cloud services, Drive, Box, Dropbox, etc, and your external content into a single app, much like the new Google+ updates did to the “Photos” shortcut.

Android 4.4 also introduces support for hardware sensor batching, and this is mostly for sensor optimization while dramatically reducing power consumed by ongoing sensor activities. So to you, the user, sensors running in the background will use less juice. This sensor batching is only available on Nexus 5, but according to the developer site, “we’re working with our chipset partners to bring it to more devices as soon as possible.”

KitKat also brings support for a step detector and step counter by means of a composite sensor. These sensors will also make use of low power consumption, so it shouldn’t affect your battery life at all. As with the sensor batching this is only available on Nexus 5, but again, “we’re working with our chipset partners to bring them to new devices as soon as possible.”

Hangouts has finally become SMS as well, and third-party developers can now tap into your device’s SMS capabilities to bring you even more choices for an SMS app. The biggest change however is that “the system now allows only the default app to write message data to the provider, although other apps can read at any time. Apps that are not the user’s default can still send messages — the system handles writing those messages to the provider on behalf of the app, so that users can see them in the default app.” This gives you all your messages in one place. Yes please and thanks Google.

We’ll be seeing a lot more fullscreen applications, meaning dynamic status and navigation bars. Developers can add this fullscreen mode into their apps so that you can look at you photos, videos, maps, books and games without any hindrance. This might have you wondering how you’ll expose them again should you not want to exit the app: there’s a simple gesture, an edge swipe, from the top or bottom. The status and navigation bars can also be set to translucent or solid black bars, and I can see it happening as a toggle in custom ROMs in no time.

Notifications have been enhanced again with more information on display than before. Web viewing has also been enhanced by the new Chromium WebView. Basically, web browsing just got beefed up with support for HTML5, CSS3 and Javascript. There are also new media capabilities for developers to capture high-definition screen recording directly from any compatible device. Sound functionality seems to have been enhanced by a number of buzzword-sounding things, but I have faith that they will work. Your microphone will detect your voice better thanks to “loudness enhancer”.

Those are my initial findings and as you can imagine, without the actual update on my device, I can’t tell you much more. It does appear as if the Nexus 5 has a few more bells and whistles over the Nexus 4 and it’ll be very interesting to see how many of the new features make it to the 4. I’m looking at you voice commands, and LTE. For now, these morsels will have to do, but rest assured I’ll try my best to keep you updated on all thing KitKat over the coming weeks. Now to collect the pennies for the Nexus 5 because, well, did you see it? Amazing. I also really like the way that it was announced, no shouting, no excessive presentation, just an online press release and a video. Nice one, big G. 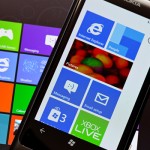