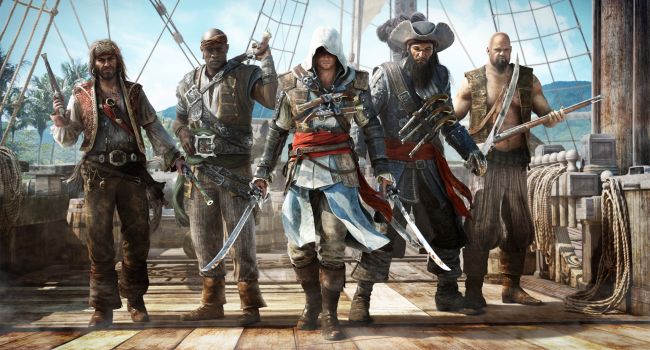 The Assassins Guild, it seems, was everywhere. Its members, clad in customary hooded garb, prowled Jerusalem during the Third Crusade, made merry in fifteenth-century Florence and even helped George Washington on the frontlines of the American Revolution.

It turns out they were pirates too.

Assassin’s Creed IV: Black Flag is the fifth major release in five years and the thirteenth entry in the franchise. Read that again – thirteenth. Ubisoft has made it clear that as long as there’s a historical period to pillage, a story with an assassin can — and will — be made to fit. The problem with any yearly release, of course, is that there isn’t enough time to radically change anything barring the window dressing. Black Flag, then, plunders rote Assassin’s Creed ground, but the formula is starting to make me yawn.

Last year’s edition was widely bemoaned for starting off with what amounted to a four-hour tutorial mission that stood between you and the main game. Black Flag immediately addresses this fault by catapulting you into the action with a battle on the high seas that puts you in the shoes of Edward Kenway. If the name’s familiar it’s because he’s the great granddad of surly Connor, the questionable “hero” of last year’s story. In comparison, Edward is far easier to like and he stars in a story that’s altogether more light-hearted. Ubisoft has seemingly abandoned the idea of shoving pithy moral questions down our collective throats. Edward soon reaches the port of Havana, where a dense inner-city awaits. Guess what? Clusters of buildings make for the perfect parkour playground, while there are residents to eavesdrop on and things to collect and… oh you get it — we’re in familiar territory here. Yes, the window dressing is new, but pick apart the plumage and you uncover the same old engine room chugging away. The mechanics are unchanged.

Still, some bright young buck might well perk up and quip the well-known adage: “if it ain’t broke, don’t fix it.” Ubisoft clearly shares the sentiment and surprise, surprise, there’s the obligatory Abstergo nonsense that wrenches you from the Caribbean and forward in time to the future, where the Templars and Assassins are at it again. Back in Edward’s shoes nothing is a great deal clearer, and the story feels muddled — hampered, if anything, by the very plot device the series calls its own. Ubisoft can’t quite abandon the romantic idea of time-travel.

If the story isn’t much good and the mechanics are familiar, the world is at least impressive. A lot of time has clearly been invested in building dense interconnected nests of islands, and there are also three main ports to explore that anchor the story missions. You might well want to ignore the main story altogether as you take Edward to the high seas. Black Flag is at its best when it’s staying out of your way and letting you attack the North Atlantic in search of treasure. Back on land and with a story to tell, Ubisoft treads well-worn ground by serving up predictable scenarios. Worst of all, the story missions ignore the best, remote locations in favour of places you’ve seen and been to before.

Multiplayer is good fun, but assassinations seem more random than planned
And that’s the thing: when push comes to shove Ubisoft seemingly can’t abandon its tendency to hold your hand, and Black Flag, like all the other Creed games, is a tightly-controlled experience. Even six hours in the game was telling me how to complete a side mission when I’d worked it out in the main game hours before.

Assassin’s Creed IV is coming to all major consoles, and that includes the soon-to-be-released PS4 and Xbox One. But no matter the version you choose it looks beautiful, and credit has to go to the artists for dreaming up such a rich, lush environment to explore. This is a world that’s densely packed and stuffed with small oddities that’ll make you smile. It also runs a treat, and the tropical waters and sandy beaches set this one apart from the decidedly European styling of the Creed games past. To say that it looks like a third-person Far Cry 3 is no small lie.

Yet scratch beneath the surface and Black Flag doesn’t do anything new. Yes, it features naval battles that heavily expand on the idea teased in last year’s game, but the rest feels remarkably familiar — even the way Edward walks in the loading screen is eerily similar to Connor… and Ezio.

I can understand the attraction of milking a successful franchise, settling on introducing incremental improvements rather than making wholesale changes. There’s nothing fundamentally crooked about giving people exactly what they expect, yet there’s nothing noble about it either. Just look at Grand Theft Auto V, a game five years in the making that evolved the sandbox formula beyond all recognition. It’s gone to sell by the bucketload — proof that people respond to hard work and toil with their wallets.

Black Flag is at times similarly ambitious in scope, but it’s also quite clearly playing it safe. There’s a certain dull predictability about these games now. With no clear end in sight, there’s the possibility of Ubisoft rolling them out ad infinitum. And as a customer, it’s hard not to feel like you’re being duped. Ironically, there’s a strong case to be made that Black Flag is the best the series has seen: the best looking, the most refined, even the most ambitious.

But is it really that ambitious? Are we simply content to digest the same game yearly? In the end the answer is simple. If you’re a fan of the Assassin’s Creed games you’ll appreciate where Black Flag takes the series. But if you’re like me — someone who has long ago tired of these historical jaunts — you’re better of waiting until Ubisoft decides to reinvent the series.

That, of course, may be a long time coming.

Verdict: Black Flag is a marked improvement over last year’s dull entry, but it treads well-worn ground all the same. Still, series fans will love it, but if you’ve never been an Assassin’s Creed fan, this one won’t convert you.

Assassins Creed 4 was reviewed on Xbox 360 care of Megarom. 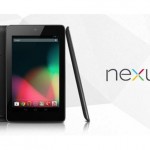