By Gareth Pon
Read nextHTC One, Droid DNA to get KitKat update by 2014 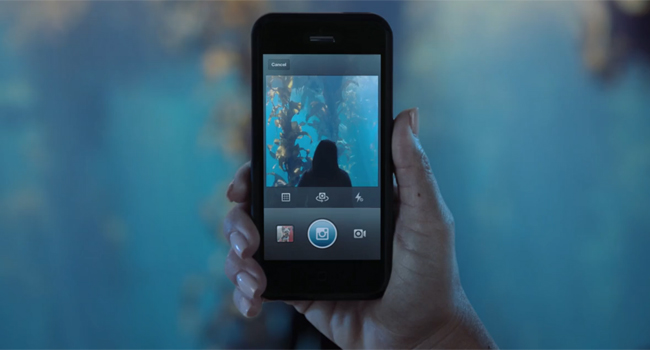 Before January this year I had absolutely no interest in photography. I was happy owning (and shooting on) a Canon 5DMKII with no other intention but to use it for filming beautiful footage and telling stories using motion. But then at the end of December 2011 I downloaded an app called Instagram and it all changed…

What started off as a simple experimentation on a little iPhone app quickly developed into an addiction of always looking for the next shot. I found myself appreciating the wonders of telling a story through a single frame. Not to mention how the accumulated time of taking photos began aiding my abilities with my films. I started composing my shots better, I recognized natural lighting (of which I am a huge fan) in a very different way and I thought more about subject matter before I started shooting. If I think back, it seems pretty ridiculous how using Instagram has brought me to a point where it’s actually started improving my professional skills.

Many people start with posting photos on Instagram of their food, cats, breakfast and the ever famous “I see myself in the mirror selfie” (unless you’re Justin Bieber with over 11-million followers, no one cares about your selfies). What this has done is cause the general audience to develop a great misconception of Instagram and its content. They miss out on what the true culture of Instagram is and how it’s made way for so many good things.

So how do you start venturing past being just an Instagram user and into the space of beautiful mobile photography? Here are a few guidelines that could help your Instagram photos suck less:

A common thread that runs through bad photos on Instagram is that they’re shot, filtered and posted in Instagram. The app’s filters are great, but only under the right conditions.

There are two categories here and I’ll list a few favourites:

What story do you want to tell?

Anything and everything you post should always go further than just posting a mundane shot of your breakfast, although food shots are good when they’re done tastefully (pun intended). Each image can tell a story, and if that image invokes an emotional response, even better. A great example of this is @ruddyroye who takes portraits of people in Brooklyn and includes their stories in the caption when he posts the image.

Firstly, remember you’re shooting for a square. Secondly, the best way to take a better photo is to know what to look for. A perfect shot is really the culmination of composition and exposure agreeing with other to create a compelling image that could possibly give you an eyegasm.

@thomas_k, a Berlin based Instagramer, loves taking photos of street photography. He always manages to nail composition in such a way that his monochrome images become unique and pleasing to the eye.

@takiti, a Tokyo based Instagramer, understands light and always manages to tweak it just right to get the best exposure in an image.

Be consistent, even if your consistency is continual experimentation.

Many successful Instagram users often have a signature style on the images they post. A beautiful example of this is @levonlock. His signature shines through in the way he edits his shots. His style is consistent and he posts photos that “make every day things look epic.” Find your style and stick with it until you get bored, then change it up and stick with it again, rinse and repeat. There’s nothing more appealing than finding an Instagramer whose gallery comes together like the pieces of a puzzle.

Start shooting with your native phone camera and use a few apps to edit the image before you post it. Speak to any Instagramer and they’ll tell you that they have their go-to apps that they’ll always use. Hunt down an Instagramer who you really love and leave a comment on their shot asking what apps they use — most of the time they’ll reply unless they are too self-consumed with editing the next image they’re going to post.

Some shots require you to get something a little extra besides just an app. There are some awesome accessories out there that will take your mobile photography to another level. The most common one used is the Olloclip — this is basically a lens for your iPhone that gives you the ability to shoot Fisheye, Wide Angle and Macro shots. Another accessory is a tripod — you can buy little tripods that allow you to use apps that give you unique features. All of these accessories can be bought in online stores like Instageeks, Zavi Traders and Photojojo.

Taking photos is always a lot more fun with people who share your passion. There are Instagramers communities all over the world including an active and growing community in South Africa (@igersSouthAfrica). It’s a fun way to learn especially because you get to meet the people who you may follow and discover more great Instagramers.

Unless you want to take a photo of a gangster holding a gun like @roywrench did in this shot, be brave and shoot before you think.

Most of the time the best shots are taken in the moment and once you’ve asked for permission that moment is often lost. Because this is mobile photography and not Lomography, you have the leisure to shoot as many photos as you want without worrying too much about it costing you anything. The wonder of having a phone that takes awesome photos is that you always have it on you, and as they say, “The best camera you have is the one you have with you.”

If you’ve read this article and realised that your photos are actually pretty crappy, then you’re off to a good start, because the first step is admitting you have a problem. Don’t let it discourage you, instead allow it to inspire you.

For many, Instagram has not only become a platform that’s made photography more accessible, but it’s also been something that has opened up a world of creativity in ways that many would have never before experienced. I know for myself that it’s positively helped me improve my professional photographs and filmography, but perhaps the right approach is in realizing that Instagram has in fact provided a space for a new art medium to emerge.

Gareth Pon a dreamer, film maker, photo shooter and the founder of the <a href="http://www.instagramers.co.za">official South African Instagramers community</a>, linking directly to Instagramers communities all over the world. He is pioneering the growth and development of this community first hand and is a firm believer in mobile photography's potential to develop into an art form and a fully fledged respected medium. Gareth loves movie making, has a slightly obvious obsession with shooting beautiful footage and one day hopes to Instagram in space. 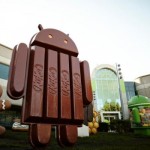