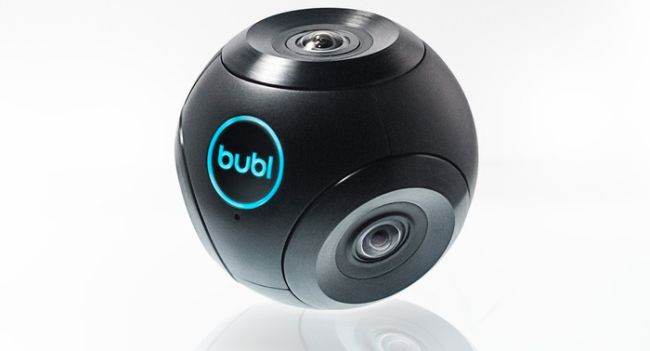 A 360-degree camera is an exciting concept that’s been attempted before as both software and hardware, but the solution it seems, is a lot easier and more user-friendly than we ever expected it to be. This is Bublcam, a 360-degree video and imaging device the size of a baseball and it costs R4 000 (US$399), according to the Kickstarter campaign which is now fully funded.

Bubl Technology Inc., based in Toronto, Canada has smashed past its US$100 000 Kickstarter goal and now aims to have the Bublcam in the hands of funders and customers as early as May 2014. So why would you want the Bublcam, outside of its ability to potentially take the world’s best selfies?

It takes 360-degree 14MP spherical photos and captures video at 1080p (15fps) or 720p (30fps). All content is viewable via a software suite that allows you to pan around the image and share content over Facebook, Twitter, and so on. Live streaming is also supported via WiFi with the creators saying Bublcam can beam content directly to mobile, PC and the web. So Bublcam has sports, weddings, travel and video-chatting nailed. Is gaming with the Bublcam a possibility? That’s a hard “yes” say the creators who are developing hardware and software interfaces for both the Kinect-like Leap Motion and 3D-gaming helmet, the Oculus Rift. It’s light too. Bublcam is only 300g or roughly the weight of three iPhone 5S’. The tetrahedral design, along with the 4190-degree lens overlaps images to create the panorama inside the “digital bubl”. All content will need to be saved to an external MicroSD card (up to a maximum of 32GB).

The commercial model of the Bublcam won’t be as inexpensive as the Kickstarter-backed models. The FAQ on Kickstarter says that the price will be within the US$700-800 range, which is a little harder to swallow than the US$400 it will cost initial backers of the project. But technology like this always comes at a premium price.

Bublcam even wants a slice of the GoPro market and plans to make a waterproof housing for the camera which will be available “in the coming months”. As for now, Bublcam is another Kickstarter success so expect spherical selfies from 2014 onwards. 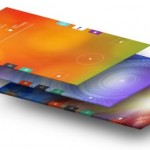