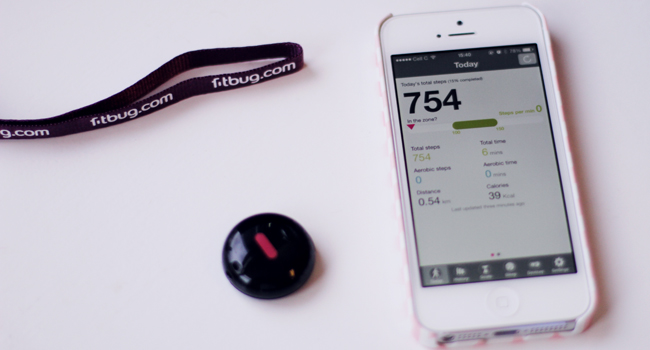 Getting fit used to be an endeavour that involved you, a pair of running shoes and an open stretch of road. Perhaps, if you were more into channelling your frustrations into carefully aimed kicks and jabs, you’d need a punching bag. Maybe a small MP3 player if you preferred musical accompaniment while lifting weights, or a giant inflatable ball while you focused on your core. Then came the smart devices and the wearable tech trend.

Now, you’re able to check in at the gym on Foursquare, login to RunKeeper to broadcast your route and time to Facebook, monitor your weight with a smart scale, track your calories with myriad apps, log your workout with your digital weight loss coach and monitor your sleep with the fitness tracker on your wrist. It’s a whole different category of exercise accessories, and one which Fitbug is hoping to make a dent in with the Orb. But do you really need a wearable pedometer-slash-activity tracker, and will it really help you on your quest to become more than a couch potato?

So smart, but so cute

On first glance, you’re probably going to be worried you’ll lose the Orb — it’s a compact semi-sphere the size of a bottle cap, which can be nestled in either the accompanying rubberised watch strap or belt clip, tied to a mini lanyard or simply popped into a pocket (you can even buy an additional underwear clip if you’d prefer to keep it out of sight). The tiny tracker can do quite a lot for R500 (US$49.95) — it monitors steps, sleep, distance traveled and calories burned — and runs on a standard watch battery, which means no annoying daily charges and that the Orb can be kept alive for six months before it’s time to replace its power source.

The beauty of the Orb is that it doesn’t need your undivided attention — it takes less than a minute to set up and then pretty much does its own thing. I just downloaded the app, linked the Orb to my phone via Bluetooth (you can also go the USB cable route if you prefer admin in your life), added in some minor details (dear Google, what is my stride length?) and that was it. If you’d like to manually press its sole button and push updates to the app, that’s cool – otherwise it can run in the background and check in with your phone or tablet at regular intervals which you specify (15 minutes to three hours). Leave your phone at home while you head out for a run? No problem — it’ll just sync when you get back.

The little tracker essentially functions as a pedometer, and quite an accurate one at that — I watched it log my stride step by step and compared its tally to other smart apps like Nike’s, and they matched up with quite similar scores. More than just how much you’re walking, the Orb can also tell how fast you’re going — if you enter a period of sustained quick movement, it will log those footfalls separately as aerobic steps. Based on the physical measurements you give it, the time you spent walking and the distance you’ve traveled, it will calculate how many calories it estimates you’ve burned per day. After gauging your average activity level for the first week you use it, it will set step goals for you to achieve and show you your progress using easy to understand colour-coded graphs.

The Orb can also track your sleep — provided you’d be comfortable with the little bubble around your wrist or clipped to your PJs. You simply click the button three times to switch it to sleep mode, then pass out. In the morning, you can either click the button again to switch it off, or leave it alone and it will automatically wake up once you’ve taken more than 50 steps. When it syncs, you’ll be presented with a graph and analytics showing you your sleep quality, how long it took for you to doze off, how long you slept for and exactly when you woke up during the night.

Besides the basic tracking, Fitbug has also layered in added functionality through its personal coaching system, Kik, which lets you set goals ranging from weight to waist measurements to the more abstract (reduced caffeine intake). It also shows you in-depth statistics on your activity levels and allows you to log your food.

Exercise tech junkie? Fitbug is also compatible with other fitness apps — the most popular being iOS / Android / BlackBerry / Windows Phone food and exercise logging app MyFitnessPal, but other apps are “coming soon”. If you’re one of MyFitnessPal’s 40-million users, you can simply link your accounts and all the calories you log on the app will appear in your Fitbug statistics. The two don’t seem to communicate on a reciprocal level though — for example, the steps and calories the Orb clocked weren’t synced across to the MyFitnessPal app, which means you would still have to manually log them there.

Unfortunately, the majority of the higher level functionality is only available on the desktop site — the Fitbug app only has the ability to show you more general things like the number of steps taken and how far you are from your daily goals, not the ability to log food or set niche goals on the go. I also missed the coaching and gamified elements of apps like Noom without having to locate a desktop computer — an occasional notification to suggest a quick jog before I miss my step target or a short motivational quote would surely help users stay on track?

The app is also currently only available for a limited suite of devices – namely the iPhone 4S and above, iPad 3rd generation and above, iPad mini, iPod Touch 5th gen and some Samsung devices (Galaxy S4, S4 mini, Galaxy Tab 8.0, Galaxy Note 8.0) — which means you may have to use the desktop site and the USB option if you’re not a Galaxy fan or an iPerson.

No. No, it won’t. But it can help. Obviously, it’s just an assistant — it can give you interesting insight into how much you’re walking (or how sedentary you really are) and regular emails from Kik aim to help keep your head in the right place. The desktop site / app / tracker combo can give you a lot of information on your activity levels and help you monitor your progress.

But insomniacs trying to sort out their sleep patterns and who harbour a deep love of all forms of hiking, walking and running will probably love the Fitbug more than someone with an aversion to waiting for her laptop to boot up and a preference for accessories which don’t need to be fastened to her clothing. Still, the mere presence of the little bubble in your jeans pocket helps. The memory of an app which, at the last glance, told you that you were only 30% of your way to your daily step target (and comfortably lodged in the ‘keep trying’ zone) does have the tendency to at least make you consider choosing the treadmill over the latest episode of The Walking Dead.

It’s also a tracker which won’t break the bank — although it doesn’t have all the same features as other devices in the category like the Fitbit and Jawbone, it is also cheaper, doesn’t need to be charged, and can be worn in places that aren’t just located between your hand and lower arm. With some minor tweaks to that mobile app (and more supported devices), it could be an even better companion on your quest to strength and sleekness.

Verdict: The Fitbug Orb is an affordable, low-maintenance and useful little fitness tracker, which simply just works. Although fans of tight, pocketless clothing, rubber watchstrap-free wrists and a mobile-only lifestyle may find it an added hassle to carry around every day, the combination of app, website and Orb offers a lot of stats and help towards achieving your fitness goals which should outweigh (hehe) the negatives.
Score: 7/10 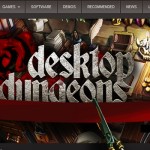