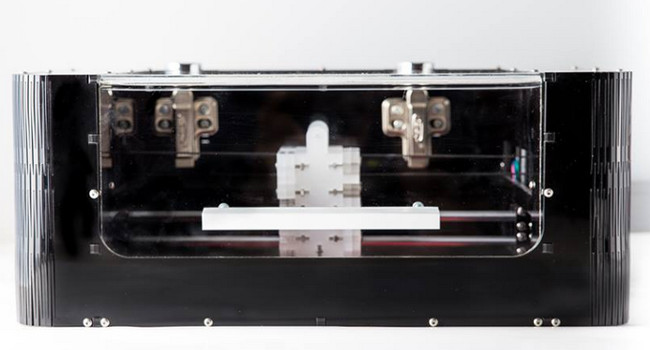 Here’s something out of this world. A trending Kickstarter project dedicated to the EX¹ 3D printer allows you to rapidly produce circuit boards on almost any material. Since its launch yesterday, it has reached and almost doubled its funding goal.

Two years ago, Wired published an article stating that 3-D Printers will build circuit boards ‘In 2 Years’. As such, exactly two years later to the day, Cartesian Co. announced that it’s doing exactly that.

Now, the complexities that go into wiring one’s own circuit board limits the audience to a few committed geeks and technicians. These engineering students want to change that. “Cartesian Co. wants to change the way you think about electronics in the same way that 3D printers fundamentally changed the way we think about making physical objects.”

According to the team the principle of operation is quite simple. The same way a desktop printer would carry inkjet cartridges, the EX¹ “lays down” two different chemicals. It’s further explained “When these two chemicals mix, a reaction occurs to produce silver nano particles, leaving a silver image on the substrate,” reads the Kickstarter page.

Because the EX¹ prints in only two layer, the software is supposedly incredibly easy to use. You can quickly and simply design a circuit board using even something like MS Paint. The team has also worked with touch capacitive sensors which led to the creation of printing a game controller. What can you print on? Well, the team says they have used everything from plastic to glass, wood, ceramic, silicone, stickers, even fabric and paper. Fabric? Yes, you can print on a pair of jeans. This opens up a whole new area supporting DIY wearable tech. For instance, there’s the example of a Binary Watch running Arduino printed on fabric. Can you say, “hipster tech”?

Most of the Early Bird goodies are already gone but you can still opt for the post US$1500 hamper kits which includes the printer kit, a quirky T-shirt and so forth. There are a bunch of other rewards for your pledges. Watch this space. 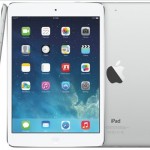