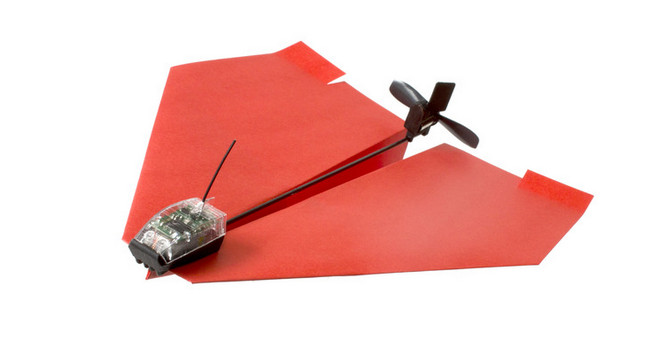 Another day, another awesome Kickstarter project funded in the first 24 hours. PowerUp 3.0 turns your traditional paper airplane into a smartphone-controlled flying machine.

Yup, pledge US$40 or more and you’ll get this little contraption you just stick to any boring folded paper plane. You then pair this device with your smartphone using a dedicated app to steer, propel and cause ultimate havoc… wherever.

So how does it work? It’s very simple. If you’re capable of folding a paper jet, then you should be able to figure this out in no time.

Connecting via Bluetooth, the app is used to indicate the level of thrust, the range and battery status. PowerUp 3.0 is also apparently “super-durable and crash-proof.” 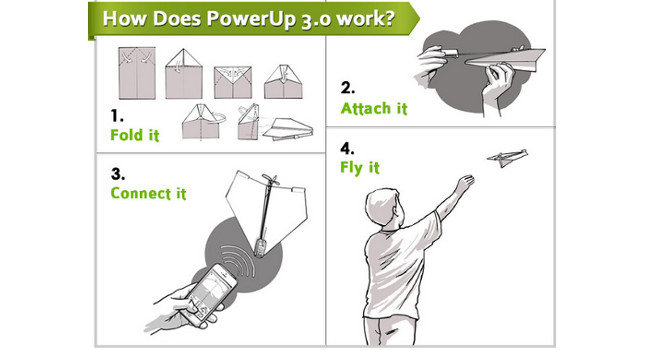 “The really cool feature is the on-board accelerometer which gives the artificial horizon on the iPhone realtime airplane orientation, you can virtually fly it just by looking at your phone,” says creator Shai Goitein.

With the help of a cute little propeller at the back, you’re given a total range of up to 55 meters but can only fly for about 10 minutes thanks to its 1000 mAh Lithium Polymer power pack. After this you’ll need to charge it using the microUSB input.

For now the app is only compatible with iOS on which the code has been “perfected”. The team further notes that “the Android API is still in its early stage and has not been fully tested for maturity and stability. With PowerUp 3.0, we are pushing the limits of Bluetooth Smart technology.”

Funding for the Kickstarter project remains open until 25 January and has so far raised a massive near US$90 000 exceeding its goal of US$50 000. 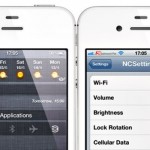