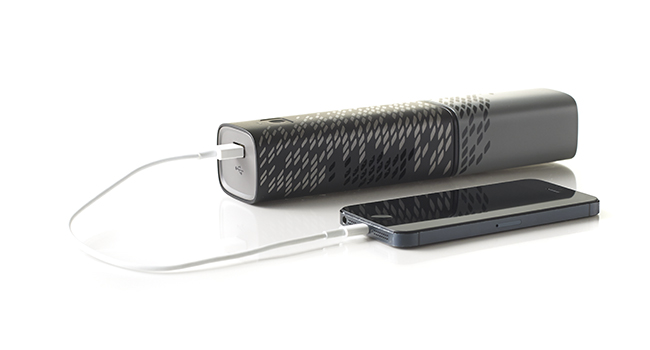 Elon Musk might think hydrogen fuel cells make no sense for cars (and he may be right), but at least one company thinks they could be useful for charging your gadgets on the fly.

The company claims the Upp’s use of hydrogen fuel cell technology means that it can charge and power as fast as the mains.

The Upp fuel cell apparently takes hydrogen provided by the Upp fuel cartridge and combines it with air to produce clean electricity with water vapour as a by-product.

Interestingly, the company has taken a much more global view of the device’s potential than many others in the peripheral charging space have.

Rather than market it busy executives or outdoor types, Intelligent design has chosen to focus the Upp on the African market. It reckons that the device will help power mobile commerce and connectivity within the region.

Speaking at the launch, during the AfricaCom conference currently taking place in Cape Town, Amar Samra, Managing Director of Consumer Electronics, Intelligent Energy said: “This year, we have carried out successful consumer field deployments in the region and are now in the process of expanding and recruiting further mobile partners worldwide. We believe Upp is a real game changer for Africa.

“Batteries need help: their capabilities haven’t kept pace with innovation in smart connected portable devices. Given that 75% of the global population relies on the mobile phone to stay connected, the more you want to do with your device, the more energy you need. Consumers need a reliable source of personal and portable energy, and Upp gives you that critical uptime when you really need it.”

Intelligent Design have also released an app to go with the device, which provides users with fuel prediction capability, personal usage statistics, FAQs and overall customer support. It can be downloaded from the Apple App Store (iOS 5 and higher) or from Google play for Android devices (Android 4.0 Ice Cream Sandwich and higher).

The company is yet to release any pricing for the Upp, but if it’s to see mass adoption in Africa then it will have to be significantly cheaper than the devices out there currently capable of running the app.

That said, deployment of the device — by NGOs for instance — would afford people the ability to charge their devices at home. May of us might take that for granted, but it’s something that — in many villages across the continent — is simply not possible. 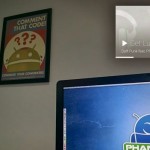