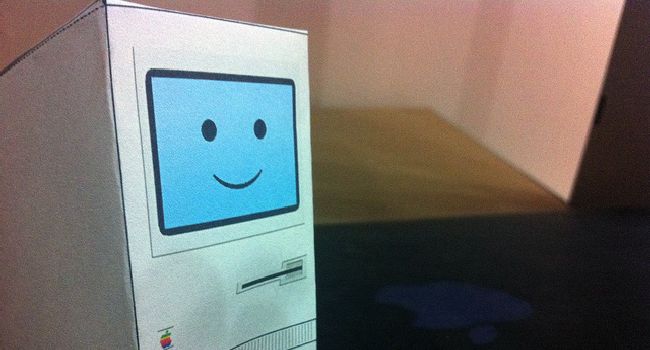 There’s both a sad and exciting cycle of life between modern computers. While we’re able to hold on to our intrepid digital companions for at least five good years of use, sooner or later we’re forced to overcome the limits of present day technology and embrace the future.

While Apple’s line of MacBooks, iMacs as well as Mac Pros and Minis do offer great mileage for the money, recent advancements in Mac OS X have drawn a noticeable border between future-proof Macs and those less fortunate. A noticeable example is the aluminium Macbook of 2008’s ability to run OS X Mavericks (10.9 for the numerically-minded) while its white-clad annual predecessor, the 2007 MacBook, is best relegated to OS X Snow Leopard (10.6.8).

There is, however, another use for older Macs beyond the rust heap of history: refurbishment. While an older Mac might never be able to compete with Apple’s increasingly thinner, bolder and brighter computers, there are several steps once can take to ensure an old Mac retains a use, stays in the loop, and furthermore retains a relevancy in use.

It’s a worthwhile idea when configuring a new laptop (or, in this case, refurbishing an old one) to consider starting over with a clean slate. To this end, formatting an old Mac’s hard-drive and installing the very latest version of the last operating system it was capable of supporting should reinvigorate the user experience. Macs prior to 2008 generally would be best tailored to running OS X 10.6.8, as the graphical demands of newer features, such as Launchpad or Mission Control, can be taxing on the limited RAM available on these models. While it’s true that such a limited upgrade disables any hope of true access to iCloud, which was introduced in OS X 10.7, there are happily ways and means of accessing iCloud’s services from earlier versions of OS X – we’ll cover that in a moment.

Following a clean installation of OS X, it’d be prudent to examine the software demands you would desire out of your older Mac. Macs prior to 2008 generally are accompanied by an Audio-In and Audio-Out port, as opposed to the single reversible port of later models, and this in itself is conducive to a role as a music production machine. Creatives could utilise an older Mac as a supplementary photographic organizer and editor, or professionals could relegate an older model Mac to strict business, commercial, or developmental needs. Additionally, hardware which is quickly becoming less seen today – such as optical drives – could provide a use all on their own.

You can’t beat the classics

Once your older Mac has a new direction in life, it is worthy to examine what version of applicable software you’d desire to install on it. Apple has recently come under fire for the stripped-down nature of latest iWork and iLife suites – and as older Macs are incapable of running the later versions, this ironically leaves legacy users with arguably more powerful software than what the dream machines of today currently run. To this end, installations of older versions of Apple’s creative apps are advisable, such as iWork ’09 and iLife ’11, provided copies of such software suites are available to you. Additionally, hardware and peripherals designed in accessory to your Mac may both be more available, cheaper and widely adopted than peripherals currently sold by Apple. This is convenient, as it renders it both easier and more affordable to kit out an older Mac as an accessory machine to your current computer. Looking at prior versions of OS X, it’s rather remarkable how we survived without the convenience of iCloud. Unfortunately, prior to OS X Lion, iCloud wasn’t – and still isn’t – readily available. However, there are methods to allow some measure of digital harmony between differing versions of OS X using iCloud itself. An excellent tutorial by http://cnet.co/NoLGwN” target=”_blank”>Topher Kessler details how to download Calendar, Contacts and Email accounts and information to legacy Macs much in the same way that iCloud functions today. Through this, you can allow an older Mac to stay in the same digital loop and retain all the key information that would normally transition around you through iCloud.

The stuff of nightmares, data failure, does occur. Apart from religiously backing up (gaze now at your external hard drive and weep) there is an alternative to avoid complete data loss: maintain file sync between computers. While sometimes left best to the men in white lab coats, SyncMate Plus renders this an easy process, and is capable of synchronising contacts, calendars, and even entire media libraries across Macs running anything prior to OS X Mavericks (currently). This, besides allowing an old Mac to gladly serve as an all-around backup computer, serves to ensure a relatively seamless transition between computers.

Making use of cloud services is a simple fix to the difficulties posed by work progress on one machine, at the expense of the other. Utilising free apps such as Evernote, Google Drive, or Dropbox allows users to instantly save and quickly download files between machines, without the need for external cables, peripherals or an ad-hoc connection to accommodate data transfer. Additionally, provided such interfaces are supported, it is worthwhile to ensure that the older Mac uses the same hotkeys, screen corners, or triggers that had been configured prior to your newer machine. Maintaining similar prompts negates any jarring reminders that you’ve left your now natural habitat, and ensures a fluid user experience between your primary computer and a now outdated piece of hardware.

While older model Macs may not offer a comparable service to Apple’s modern day aluminium army, there are still doubtlessly countless uses for maintaining and actively using an older model Mac. Do you have any favourite uses for, or tips on refurbishing an older Mac? Let us know in the comments below. 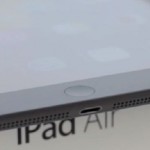