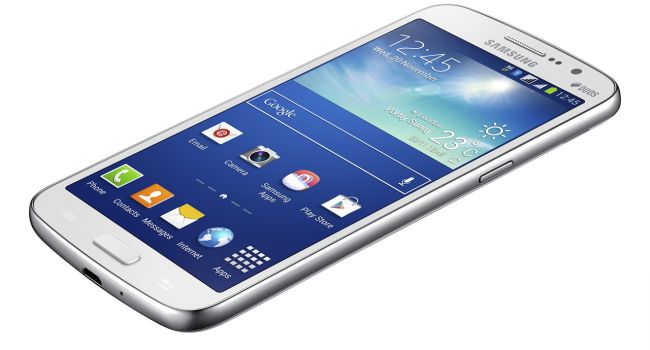 It’s another phablet from Samsung: the 5.25″ Samsung Galaxy Grand 2. This one though is apparently a bit special because it “brings meaningful upgrades to its predecessor” says Samsung. Revealed to us today, the Grand 2 will be available in select regions in white, black and pink. We’re trying to see what the Grand 2 does differently from every other large-screen Samsung phone on the market, but can’t seem to find a unique selling point (USP). Let’s go through the hardware quickly and see what Samsung has for us.

Inside the Grand 2 is a healthy 1.5GB RAM, a quad-core 1.2Ghz CPU, 8GB storage plus a microSD card slot for more. There’s one 8MP rear camera with LED flash and a 1.9MP front-facing camera (this is most likely the same camera as the one in Samsung’s Galaxy Gear).

Most noticeably, there’s no Android 4.4 or Kit Kat. The Grand 2 comes saddled with Android 4.3 (Jelly Bean) which is a shame. A Kit Kat android from Samsung would have been a USP we’d have proudly championed. But as it is, this is just another Samsung, at a slightly larger size than its predecessor (it had a 5″ screen).

It’s rather light though: only 163g in weight, which is rather delicate for a phablet of this size. The 2600mAh battery promises some impressive battery life, with Samsung saying the Grand 2 offers over 10 hours of content playback and 17 hours of calls. No word on how long the Grand 2 will last after half a day of Facebooking, but we’ll have to test that for ourselves.

Perhaps having a dual-SIM Samsung phablet piques your interest? At the very least, it should “help users maintain better work-life balance or switch seamlessly between networks.” said the enthusiastic Samsung press release. With no launch date or price set, we’ll have to wait and see if Samsung’s Galaxy Grand 2 makes it to our shores. The first Grand sells for US$300 now, we’re willing to bet that the HSPA+ supporting Grand 2 will set you back US$500-600. 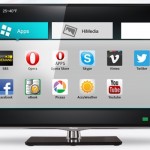