Earlier today we reported that Samsung’s Galaxy Gear, the slightly crappy and overpriced smartwatch with dubious designs, didn’t sell all to well. In fact, most reports said that the Gear only sold a trifling 50 000 units so far. Samsung most likely picked up on these negative reports, as it’s recently announced some sales figures of its own. According to Samsung, the company has in reality sold over 800 000 Galaxy Gears in the two month period since launch, said Reuters.

Samsung said that Gear sales have “bettered expectations” and that as we go into the Christmas holidays, it would expand sales promotions for this now-apparently successful device. Practically no one has praised the Gear, with some sites calling it “Extravagantly overpriced” (The Verge), others say that it “has a lot of flaws” (Android Central). Despite the online community smacking it down, the Gear has gone on to sell close to a million devices.

“It’s the most sold wearable watch available in the market place… and we plan to expand its availability by expanding mobile devices that work with the Gear,” said Samsung. The previous story was just so much easier to believe, that the Gear hadn’t sold as well as expected. It’s good that the Gear is almost a successful product, and Samsung may yet corner the market in wearable devices. What exactly makes it so desirable though? More than likely, it’s carried by the Samsung branding and marketing alone. It is a “new” device though, in the sense that smartwatches are yet to emerge as a viable second-screen device option. The Galaxy Gear costs US$299 and needs to be paired with a Galaxy smartphone, or else it’ll just sit on your wrist and do nothing. 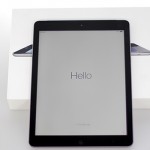