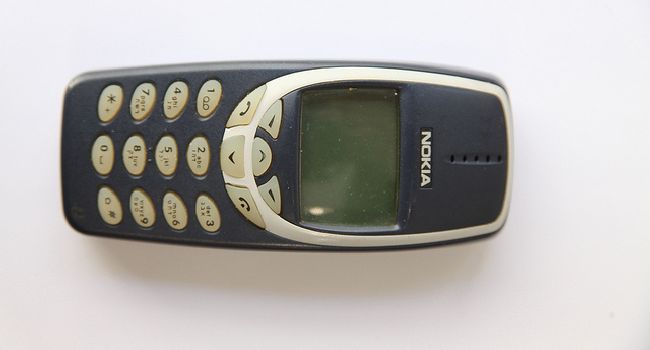 In 1983, Motorola launched the first cellular phone – the DynaTAC 8000X. It weighed one kilogram, featured a 30-contact phonebook and had a one-hour battery life. In the last thirty years, the mobile phone has gone through some very big changes. The term mobile phone is itself becoming obsolete – we call them smartphones now. Like the DynaTAC 8000X, there were many other mobile phones which influenced the smartphones we know and use today. We’re taking a trip down memory lane to revisit the 10 most iconic phones of all time. Phones come and go, but the Nokia 3310 has a special place in all our hearts. Quite unremarkable in terms of specs, it had a tiny monochrome liquid crystal display, silver-tipped keys and T9 predictive text. The killer feature was Snake 2, one of the most popular games ever created. The phone sold 126-million units between 2000 and 2005, making it the second most popular Nokia handset after the 1100. But the 1″ thick candybar phone achieved cult status for a different reason – its legendary indestructibility. Subject of never-ending internet memes, the phone has been strapped to dynamite, thrown down several flights of stairs and even been used to crack open pistachios – and amazingly survived most tests. Even today, tech websites continue to pit it against modern smartphones; Phonearena recently compared it to the Samsung Galaxy S4.

The Motorola RAZR V3 was a game-changer in mobile phone aesthetics. Measuring just half an inch in thickness with a flat metallic keyboard, it was super thin, super sexy and super stylish. Its clamshell design was copied by various manufacturers, spawning the era of the flip phone. Amazingly, it sported not one but two colour screens – a 96×80 pixel outer display and a 2.2″ 176×220 pixel primary display. It also included a VGA camera and Bluetooth. Initially launched as a fashion accessory, it was priced at US$499. The next year, Motorola lowered its price and ended up selling 50-million units by July 2006 – making it one of the best-selling mobile phones in history. In 2003, when Nokia was still leading mobile sales, BlackBerry was busy carving a niche in the corporate world. Although the RIM 850 Wireless Handheld looked like a pager with a QWERTY keyboard, it was the first device to offer day-long connectivity to work email and contacts. But it was only with the BlackBerry 7230 that RIM began blurring the lines between business and pleasure. The 7230 was the first BlackBerry phone to feature a colour screen, with a 240×160 pixel resolution. The eye-catching blue colour made it as much of a fashion accessory as a business necessity, gaining it the popular nickname “BlueBerry”. Within three months of its launch, RIM’s stock price nearly doubled – from US$15 to US$28 – establishing BlackBerry’s presence as a serious contender.

From Japanese-Swedish partnership Sony Ericsson came the W800, the world’s first Walkman-branded phone. At the time, mobile phones with MP3 players weren’t a big deal, but most manufacturers added the feature as an afterthought. The W800 was the first phone of its kind, combining a MP3 music player, 30 hours of battery life and a 2-megapixel camera. The phone shipped with stereo quality headphones and a 512MB memory stick, making it a true media device. It’s snazzy orange and white colour combination would continue to be associated with Walkman phones down the line. If you’ve watched Casino Royale, you might recall Daniel Craig whipping out a snazzy silver Sony Ericsson K790i to read 3D models of buildings. The 3D part was mostly just Bond magic, but the K790i (also known as the K800i in some markets) broke barriers by becoming the first Sony Ericsson phone with Cyber-shot branding. It packed in a 3.2-megapixel camera with flash, a lens cover, dedicated shutter button, image stabilisation, red-eye reduction and “Best Pic” selection – features you would expect from a Sony Cyber-shot digital camera. Sony Ericsson launched the phone in black, but the handset seen in Casino Royale was so sought-after that the brand released a special edition James Bond edition in silver loaded with 007-themed content.

The iPhone was the smartphone that birthed the touchscreen revolution. Until its launch, the only touchscreens we knew were stubborn, resistive ones. But with its fluid capacitive touch technology and support for multi-touch control, pinch to zoom and flick to scroll, the iPhone amazed the world. With Apple apps for email, stocks, calendar, weather and an advanced Safari browser, it ushered us into the world of 24/7 internet connectivity. The next generation iPhone 3G brought faster network speeds and introduced the App Store – giving users access to a large selection of well-designed third-party apps that were approved by Apple. Also known as the HTC Dream, the T-Mobile G1 was the first ever Android phone. This was Google’s first venture into the mobile phone market, and it was a pretty big deal. Hardware-wise, the phone sported a full capacitive touchscreen and slide-out QWERTY keyboard. While the phone didn’t score points for design, reviewers were very interested in the operating system, Android 1.5 Cupcake. The T- Mobile G1 integrated Google services like Gmail, YouTube, Maps, Search and Talk, let users download apps from the Android Market. While Android Cupcake lacked the sophistication of iOS, it’s notification centre which displayed text messages, emails, calls and alerts in a pull down pane became an instant hit.

Google’s aim with the Nexus series was never to gain a significant market share; rather it was intended to demonstrate the beauty of pure Android, and to inspire developers to create better apps, smartphones and tablets. The Samsung Galaxy Nexus was the third-generation Nexus phone, made in partnership by Samsung and Google. Previous Nexus phones were quite unremarkable in their hardware, but the Samsung Galaxy Nexus had a 4.65″ super AMOLED display, 5-megapixel camera and a 1.2 GHz dual-core CPU. With a spec sheet similar to Samsung’s own bestselling Galaxy S2, it was the smartphone which made the Nexus brand popular. It was also the first phone to feature Android 4.0 Ice Cream Sandwich, which was a vast improvement over Android 2.3 Gingerbread. The Samsung Galaxy Note (N7000) was the device which kickstarted the phablet craze. Before it launched, people were happy using 4″ screens, and Samsung’s own Galaxy S2 was deemed one of the largest displays around. What was revolutionary about the Galaxy Note was the fact that it married a fabulous 1280×800 pixel Super AMOLED display with an S-Pen, doubling up as a notepad or sketchbook. Unlike conventional styluses, Samsung’s S-Pen was fluid and natural, letting users sign documents, crop and capture images, and doodle to their heart’s content. While the Galaxy Note remains one Samsung’s most popular product series, the world latched on to the phablet phenomenon and bid goodbye to smaller screens.

With 808 PureView, Nokia achieved the impossible — putting a 41 megapixel camera on a smartphone. Born of a concept in 2006, the initial prototyping was completed back in 2008. 40 design proposals later, the 808 PureView was born. The camera sported a Carl Zeiss lens and was equipped with Xenon Flash, 1/1.2 inch sensor, autofocus, 3x digital zoom and f/2.4 aperture. It offered a variety of Capture and Scene modes, and had options to tweak ISO, White Balance, Exposure and Colour tone. It also supported 1080p Full HD video recording at 30 fps. The 808 PureView was also Nokia’s last Symbian phone. While the operating system didn’t do much to boost the phone’s sales, the PureView imaging technology has seeped into Nokia Lumia phones like the Lumia 920, Lumia 1020 and Lumia 1520. 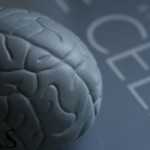