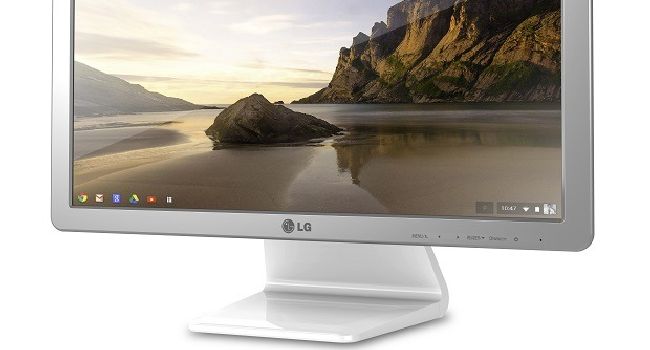 Yes, that’s LG’s Chromebase on top, a full PC mashed up into a monitor, kind of like Apple’s iMac. Okay, exactly like the iMac except Chromebase runs the online-only Chrome OS, not OS X. It’s also not aimed at normal customers, but we’ll explain this below.

Chromebase is coming to CES 2014, said LG, and it’s the first all-in-one Chrome OS PC we’ve seen yet. The specifications are exceptionally tasty: the full HD, 1920×1080 monitor is 21.5″, with the processor a yet-to-be-announced fourth-gen Intel Celeron CPU. Chromebase will also ship with an embedded 1.3MP camera for improved Chatroulette sessions, we guess.

Other less exciting specs include 2GB RAM (more than enough for Chrome OS), a 16GB iSSD, and HDMI-in, three USB 2.0, one USB 3.0, and a LAN port. The HDMI-in port is especially interesting, and points to the Chromebase becoming a suitable second screen. This means we can plug in an Xbox One, a media player, even another PC into the Chromebase for use as a monitor. Chrome OS, for those who aren’t aware, is an operating system built by Google, and living in the cloud. What we mean is that Chrome OS only works if there is an active internet connection.

But here’s the thing, as we said above, Chromebase isn’t aimed at the standard user. LG wants this all-in-one PC to find a home at schools, in the office, hotels and call centres as Hyoung-sei Park, LG’s IT Business Division boss, explains. “Simple to operate for all types of users, the award-winning LG Chromebase computer represents the successful combination of simplicity, power and great design. LG Chromebase is the wave of the future for desktops, expected to be widely adopted not only at home, but especially in schools, hotels, call centres and other business settings.”

There’s no release date yet for Chromebase, or price, but we’ll be sure to check out the Chromebase live at CES early next month. 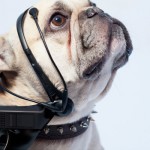